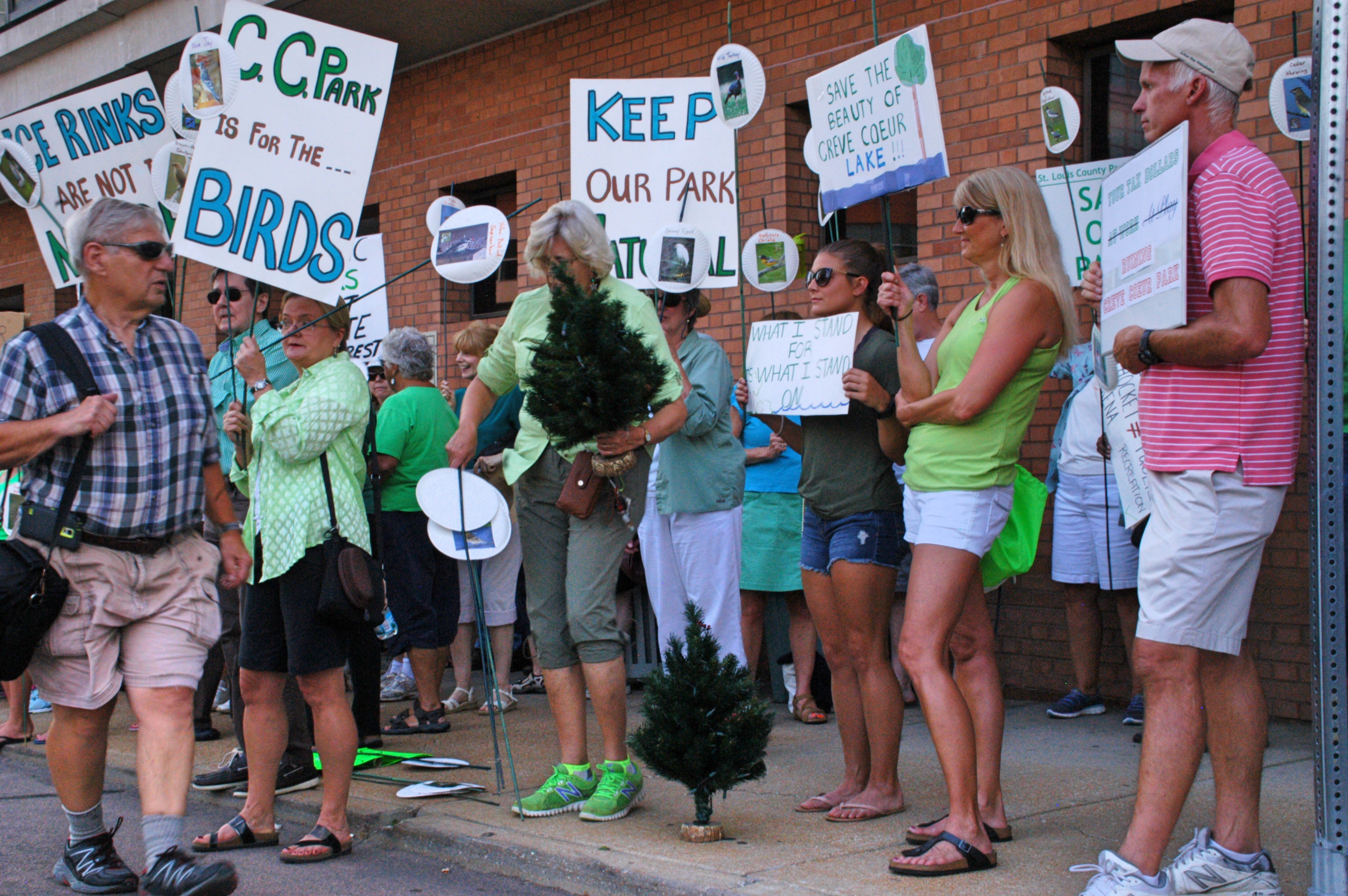 Legislation was requested at the St. Louis County Council meeting Tuesday that would halt construction at Creve Coeur Park but some say the council might not be acting fast enough.

Mitch Leachman, a member of the Creve Coeur Park Coalition, said even though the council requested legislation that would investigate construction within the park, activity has not stopped on the site.

“We applaud Chairman Page’s request for legislation that would stop the current activities while [the council] investigates further but we do urge haste,” Leachman said. “Since last week, the park’s maintenance building has been removed and the ground intended for this lake is being raised to reduce the potential for future flooding for the proposed building.”

Leachman also asked the St. Louis County Council who would restore the parkland if the ice rinks change location.

“We ask the council consider a few other questions and concerns. We’re hopeful and it’s entirely possible for the park service will not grant the waiver request. What happens then? Will the county restore the parkland? Will the Legacy Ice Foundation pay for that restoration? We would hope the answers to both of those questions is yes.”

“Over $25 million will be raised through private and civic contributions,” Quinn said. “The group will then be accountable for running this facility, there will be no profit motive. There are no contractors on our board, there is no one that will be profiting at all. This is for our community and for our public and our future.”