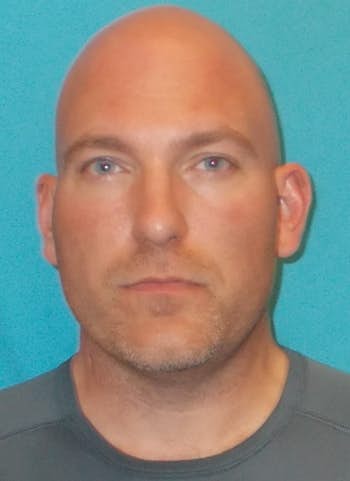 A former Rolla resident who has a history of impersonating as a defense attorney in Clayton was arrested in Texas for the same offense.

According to Dallas News, Dustin Craig Mitchell, 36 was arrested Monday in Frisco, Tx. by the Frisco Police Department and was charged with falsely holding oneself out as a lawyer, a third-degree felony which can carry a fine up to $10,000 and a 2-10 year prison sentence.

He is currently being held at Collin County Detention Center on $6,000 bond.

Additionally, Frisco police learned that Mitchell was charged in January 2012 on suspicion of impersonating a defense attorney in the City of Clayton. Although the charges were later dropped, according to an affidavit.

According to the St. Louis Post-Dispatch, Mitchell grew up in Rolla, Mo. and has been arrested several times before for DWIs, writing bad checks, and impersonating a law enforcement officer.

The Frisco Police Department, with the assistance of the Texas Rangers, determined that Mitchell is believed to have impersonated being an attorney in at least two instances in the last six months in the Texas counties of Denton and Collin. Police also stated that Mitchell lacks a license to practice law in Texas.

In all of these cases, Mitchell is accused of receiving money from victims who were seeking legal help.

During a phone interview with the police, Mitchell said he was an attorney in Kanas but never licensed in Texas. He then notified police that he had never practiced law in the U.S. but did attend law school.

6,686 thoughts on “Phony Clayton lawyer arrested in Texas for once again posing as a lawyer”