The Missouri Judiciary received a “Top 10 Court Technology Solutions Award” during the National Association for Court Management’s annual conference, held in partnership with the International Association for Court Administration, in Washington, D.C., in July. The awards were presented to recognize the best use of technology to improve court services and access to the public in 2017. 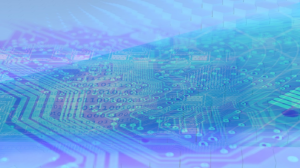 The Missouri Judiciary ranked third among the top 10 courts – coming in behind the Arizona Administrative Office of the Courts and the Dubai Commercial Court – for its court automation solutions, including: Show-Me Courts, Track This Case, Pay By Web, eFiling, and the mobile optimization of the Missouri Courts website.

The 2017 submissions were judged on the following measures: interactive capabilities, access to public records, user interface, optimization for mobile services, accessibility and the “cool” factor.

“The Missouri Judiciary is committed to delivering exceptional service to the courts of Missouri, enhancing the administration of justice and improving public access,” explained Patrick Brooks, director of the information technology services division of the state courts administrator’s office, adding that each technology solution for which Missouri received accolades was designed with Missouri courts and citizens in mind, with the goal of providing a robust offering of intuitive and reliable automated systems. “Leveraging innovative technology to facilitate court business and communication is critical for Missouri courts to operate more efficiently and effectively.”

The Joint Technology Committee is made up of members from NACM – the world’s largest organization of court management professionals – along with the Conference of State Court Administrators and the National Center for State Courts. To learn more about the award criteria or to view a list of the top 10 award recipients, click HERE.