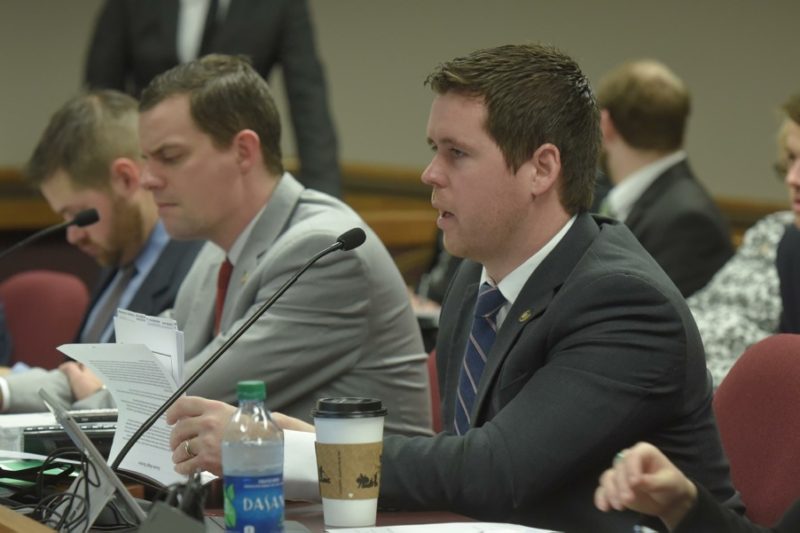 JEFFERSON CITY, Mo. – With veto session just days away, all eyes are on the Missouri General Assembly, waiting to see just what might be taken up by the legislators.

Many wonder whether the legislature will try to find a new solution to HCB 3, an attempt to sweep funds to shore up and prevent in-home care cuts to 8,000 senior citizens, disabled and veterans, or perhaps take disciplinary action against Sen. Maria Chappelle-Nadal or Rep. Warren Love for their controversial comments on social media.

But one hearing this week could be of significant interest to those who watch the ongoings of the State Capitol closely: the House Budget Committee’s hearing on Thursday morning.

Questions have risen concerning several issues on how money is being used or will be put to use, particularly in regard to the funding being used to pay for the operation of the metal detectors in the Capitol or how the PDMP put in place by Gov. Eric Greitens’ executive order will be paid for.

On Thursday, members of the Department of Public Safety and the Office of Adminstration are expected to provide testimony to answer the question that has plagued the minds of several legislators; where are the funds coming from to pay for the staff to man the metal detectors posted at the visitor entrances.

Several lawmakers remain confused as to how the contractors who man the stations are being paid for, as the appropriations this year only allowed $250,000 to hire and equip fine new Capitol police officers to increase the presence of law enforcement in the building.

The Budget Committee had declined to grant the $750,000 needed to man the metal detectors in this fiscal year, meaning that the deal with the contractors was not renewed.

Yet the contractors still remain working at the entrances, and visitors are still required to go through metal detectors, as confirmed by Office of Administration Commissioner Sarah Steelman.

“The legislature gave an appropriation to the Department of Public Safety for additional Capitol security guards, which will be stationed at the metal detectors,” she told a reporter from Fox 2 earlier this month.

That contradicts the position of several lawmakers, who say that those funds were to be used for additional officers, not contractors.

“We’re going to discuss the security issue and how they’re paying for that and make sure we have a clear understanding of where they think there’s an appropriation for that, because to the best of my knowledge, we didn’t appropriate anything to be used toward the metal detectors,” Rep. Scott Fitzpatrick said. As the House Budget chairman, he’ll be presiding over Thursday’s hearing.

Also on the agenda is discussion about the funding used to implement the prescription drug monitoring program that is to be implemented as part of Gov. Greitens’ executive order earlier this summer.

“It’s another kind of appropriation authority issue, and we need to try and understand where they think that authority is derived from,” Fitzpatrick said.

The Department of Social Services is also expected to provide testimony and information on Medicaid trends, projections and withholds, which Fitzpatrick says will be a huge thing moving into next year as far as how Medicaid is going to impact the budget as a whole.

The hearing is scheduled to take place Thursday at 10 a.m. in House Hearing Room 3.

2,143 thoughts on “Questions about Capitol security appropriation could be answered in upcoming Budget hearing”