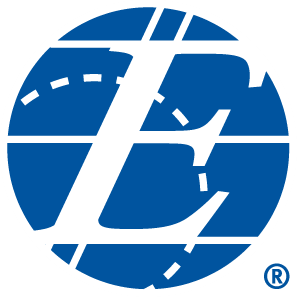 ST. LOUIS, Oct. 18, 2017 /PRNewswire/ — Medicare can be an alphabet soup (Part D; MA-PD; MA), but according to research released today by Express Scripts (NASDAQ: ESRX), seniors understand the value offered by these plans, especially when it comes to prescription medications.

Since the federal prescription drug plan, Medicare Part D, was first introduced more than a decade ago, it has been one of the most widely used benefits within Medicare. For 2018, the Centers for Medicare & Medicaid Services (CMS) expect enrollment in Medicare Advantage and Part D plans to be at an all-time high.

“Now that open enrollment season is here, seniors should be doing their research to identify the plan that’s right for both their health and financial circumstance,” said Rebecca Rabbitt, PharmD, Express Scripts. “It’s important to understand that considering only premium costs can be a misleading way to compare plans, and that you should always factor in the drugs you may currently be on so that you can get the best value out of your plan.”

The survey titled The Medicare Matrix, which was conducted by Russell Research on behalf of Express Scripts, found the vast majority—eight in ten of those surveyed (84 percent)—agreed that Medicare Part D is essential for their well-being stating that access to the medications they need and making them affordable is what they value most about the prescription drug benefit (36 percent and 48 percent respectively). Among the respondents, nearly two-thirds (64 percent) use Medicare Part D at least once every three months and more than one-third (36 percent) use it monthly.

With the cost of prescription medications increasing year over year, it’s not surprising that four out of five seniors (81 percent) say they would have trouble paying for their drugs without the prescription drug plan and more than one-third (32 percent) with annual incomes under $50,000 say it would be impossible to afford their medications. Even with Medicare Part D coverage, the survey revealed, some enrollees still find it hard to cover their medication costs.

“Medications are the first line of defense with any illness or chronic condition so it’s imperative that we provide seniors with knowledge and choices about their prescription drug coverage that bring down the costs of their medications and provide access and affordability to maintain their health,” Rabbitt said. “Moving to a generic or generic alternative, using a preferred network pharmacy, and ordering 90-day supplies through a home delivery pharmacy are all ways to significantly lower costs while maintaining access.”

For this 2018 open enrollment period, Medicare beneficiaries have between 20 to 30 different Medicare plans to choose from in each market. While this can be confusing, more than half of respondents (52 percent) are not confounded by Medicare Part D. In addition, six in ten (62 percent) are knowledgeable about what their medications cost, and more than half (54 percent) of those surveyed have an understanding of what is and is not being covered by their Medicare Part D plan. The study did reveal that older seniors (ages 70 and older) have a leg up on understanding their prescription plan over their younger counterparts (ages 65 to 69), 48 percent to 57 percent respectively.

Given its frequency of use, the findings underscore the need to reinforce the availability of resources that can help people better understand each plan and compare offerings including www.Medicare.gov and www.roadmapformedicare.com, that provides tips on how to choose a Medicare Part D benefit that is right for them.

Survey Methodology
The survey was conducted online for Express Scripts by Russell Research between August 18, 2017 and 20, 2017 among 1,055 respondents ages 65 and older. The margin of error is +/- 3.1 percent.