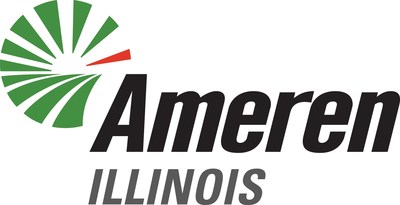 COLLINSVILLE, Ill., Dec. 6, 2017 /PRNewswire/ — For the second consecutive year, Ameren Illinois residential customers will benefit from a decrease in their electric rates. Under Ameren Illinois’ plan, which was approved today by the Illinois Commerce Commission, the typical residential customer will save approximately $1.70 per month on their electric bill beginning in January 2018.

“We made a commitment to our customers and state regulators to build a stronger and more reliable electric distribution system and keep rates stable,” said Richard J. Mark, chairman and president, Ameren Illinois. “The plan approved today demonstrates that prudent cost management and solid project execution can help our customers save.”

Ameren Illinois, a subsidiary of St. Louis-based Ameren Corporation (NYSE: AEE), is on pace to invest approximately $480 million in capital improvements in its electric grid this year for the benefit of its customers.  And, Ameren Illinois’ grid modernization initiatives over the last six years have resulted in an overall 17 percent increase in reliability and saved customers an estimated $45 million each year. Along with installing storm-resilient power poles and wires, automated switches, and enhanced outage detection technology, the company has installed 650,000 electric smart meters at customer premises and plans to deploy the two-way devices to all of its 1.2 million customers by the end of 2019. Smart meters provide Ameren Illinois customers with enhanced energy usage data and access to programs to help them save on their energy bills.

“The smart grid program is delivering real and tangible results for energy consumers in Illinois, including greater reliability, a smarter and more technologically-advanced electric grid and more options for controlling energy usage,” said Mark. “By making prudent investments in the system, we are meeting the needs of our customers today while planning for the future.”

About Ameren Illinois
Ameren Illinois delivers energy to 1.2 million electric and 816,000 natural gas customers in Illinois. Our mission is to power the quality of life. Our service territory covers more than 1,200 communities and 43,700 square miles. For more information, visit AmerenIllinois.com, find us on Twitter @AmerenIllinois or Facebook.

Statements in this release not based on historical facts are considered “forward-looking” and, accordingly, involve risks and uncertainties that could cause actual results to differ materially from those discussed. Although such forward-looking statements have been made in good faith and are based on reasonable assumptions, there is no assurance that the expected results will be achieved. These statements include (without limitation) statements as to future expectations, beliefs, plans, strategies, objectives, events, conditions, and financial performance. In connection with the “safe harbor” provisions of the Private Securities Litigation Reform Act of 1995, we are providing this cautionary statement to identify important factors that could cause actual results to differ materially from those anticipated. The following factors, in addition to those discussed within Risk Factors in our Annual Report on Form 10-K for the year ended December 31, 2016, and elsewhere in this release and in our other filings with the Securities and Exchange Commission, could cause actual results to differ materially from management expectations suggested in such forward-looking statements: