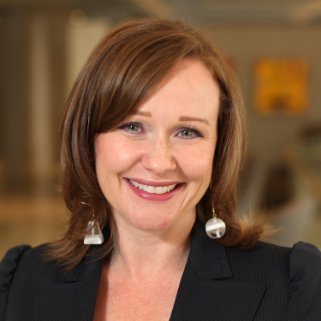 “As a lifelong advocate for equal rights and – most important – a mother of two, I feel a strong responsibility to work for change at both the district and national levels,” said Dunaway, the Assistant Director of Legal Professional Development at Bryan Cave LLP.

If successful in the August 2018 primary, Dunaway would challenge Republican Congresswoman Ann Wagner and represent a significant shift away from the “career politician” status quo.

Bill Otto, the former Missouri State Representative and Navy veteran who ran opposite Wagner in 2016, today announced that he will not run again but will instead fully support Dunaway.

“In an era of such extreme political divisiveness, Kelli brings the exact blend of intelligence, empathy, and passion that we need in Washington,” said Otto. “I believe without question that Kelli Dunaway is the right candidate, and it is my privilege to endorse her for the United States Congress.”

Dunaway is a Fellow with the Truman National Security Project and a founding director of the St. Louis Chapter of the New Leaders Council. She received her J.D. from UCLA and her B.A. in History from Southern Illinois University, and served as a field organizer in several states for President Obama’s 2008 campaign and a field trainer for the Courage Campaign for marriage equality.

The mother of two young children, Dunaway is running for Congress on a platform of education equality; accessible healthcare for all, regardless of ZIP code or income; and economic opportunity for every family.

“We’ve been accepting the status quo for too long. We’ve let wealth and exclusive networks dictate our politics and, even worse, our policies,” said Dunaway. “I’m announcing my candidacy today because it’s far past time to change this. It’s time to listen to – and fight for – the constituents of Missouri’s 2nd District.”