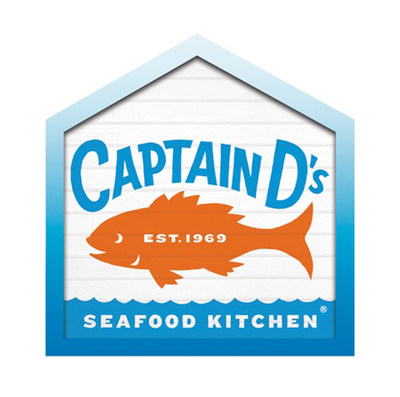 NASHVILLE, Tenn., Feb. 8, 2018 /PRNewswire/ — Captain D’s, the nation’s leading fast casual seafood restaurant, announced today the signing of franchise development agreements that will expand its presence in key markets throughout the Midwest and Southwest. This growth will bring new restaurants to the greater Dallas, Texas; St. Louis, Missouri; and Columbus, Ohio regions. Captain D’s has experienced a surge in franchise and corporate development fueled by its ongoing success over the past several years, with 2017 marking another year of substantial growth for the brand.

“Captain D’s continued success has reinforced our position as the leader of the fast-casual seafood segment. Our outstanding business model and exceptional franchisee support have helped us attract new candidates as well as fuel growth from our existing franchise system. We’re excited to accelerate these development efforts further in 2018,” said Michael Arrowsmith, chief development officer of Captain D’s.

The new and existing Captain D’s franchise agreements signed include:

“Texas, Missouri, and Ohio are each key regions in our overall growth strategy, as we geographically expand the footprint of our brand. We are thrilled to be developing new restaurants with such experienced franchisees who share our passion and commitment to providing an exceptional dining experience,” added Arrowsmith.

Coupled with its ongoing menu innovation, Captain D’s credits its new restaurant beach design with contributing to the brand’s ongoing strong performance. To date, nearly 75 percent of all restaurants have been reimaged to the brand’s new vibrant, coastal design. With these efforts, Captain D’s has remained true to what it does best — serving high-quality seafood with warm hospitality at an affordable price in a welcoming atmosphere.

With 533 restaurants in 21 states, Captain D’s is the fast-casual seafood leader and number one seafood franchise in America ranked by average unit volume. The company is currently seeking single- and multi-unit operators to join in the brand’s rapid expansion. For more information about franchise opportunities, visit http://www.captaindsfranchising.com or call 800-550-4877.

ABOUT CAPTAIN D’S
Headquartered in Nashville, Tenn., Captain D’s has 533 restaurants in 21 states. Captain D’s is the nation’s leading fast casual seafood restaurant and was named the #1 seafood chain in the QSR 50, ranked by AUV. Founded in 1969, Captain D’s has been offering its customers high-quality seafood at reasonable prices in a welcoming atmosphere for more than 48 years. Captain D’s serves a wide variety of seafood that includes freshly prepared entrees and the company’s signature hand-battered fish, which is cooked to order. The restaurants also offer premium-quality, grilled items such as shrimp, and surf and turf, as well as hushpuppies, desserts and freshly brewed, Southern-style sweet tea, a Captain D’s favorite. For more information, please visit www.captainds.com.