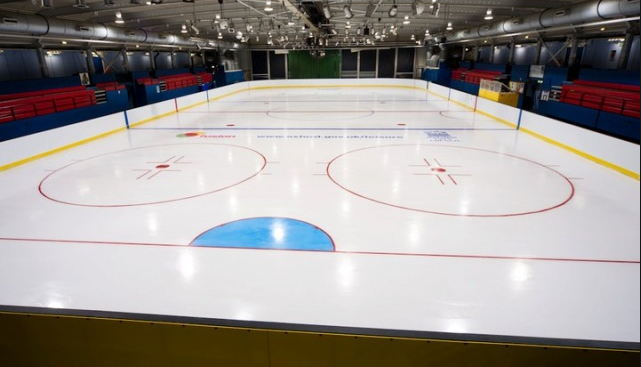 Chesterfield Hockey Association (“CHA”), a 501(c)3 non-profit organization, who will own and manage the site, is now raising the final $2 million (of a total $22.5 million project cost) needed to begin construction.

This new facility will replace the Hardees IcePlex, a three-sheet ice facility that was sold and demolished in March 2017. The new facility will serve as the “home rink” to the Chesterfield Falcon hockey teams, several area high school hockey teams, and Chesterfield-based Maryville University, who is starting up a new men’s and women’s collegiate hockey program this coming fall. The facility will host numerous hockey tournaments and figure skating competitions yearly bringing participants, parents and others from across the Midwest. Discussions with prospective sports rehab and food service providing tenants are also underway.

Mark Kraus, the president of the board of CHA, says this facility will help grow youth hockey and other ice sports activities in the area and will provide important economic benefits to Chesterfield and the St. Louis region. Support of this project is an investment in a new regional asset that will add to St. Louis’ reputation as a sports town.

CHA welcomes discussions with corporations, family offices, government entities and individuals who may wish to explore donor and sponsor opportunities, which include naming rights and various name recognition opportunities. Personal smaller donations can also be made via www.gofundme.com/the-final-2-million. All donations are considered charitable deductions through Chesterfield Hockey’s 501(c)(3) status.

Details on the proposed Chesterfield SportsComplex can be found at: http://chesterfieldsportscomplex.org

About CHA
Chesterfield Hockey Association was established in 1995 to develop, promote and organize amateur hockey in Chesterfield, MO. CHA provides year-round developmental opportunities and a full spectrum of hockey programs for players ranging in age from 4 to 18 years old. CHA continually strives to be the best Tier II and Tier III hockey club in the area and prides itself on its ability to develop and advance deserving players to Tier I, junior and collegiate programs. A few CHA alums have recently begun careers in the NHL.