RELEASE: Data shows NPLEx continues to be a dynamic tool to block the illegal sale of PSE in Missouri 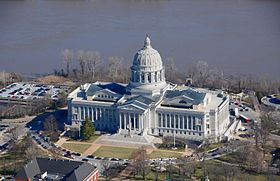 Representative Sara Walsh commends the continued effectiveness of NPLEx in 2017

JEFFERSON CITY, Mo. – State Representative Sara Walsh released data today from the National Precursor Log Exchange (NPLEx) through the third quarter of 2017. NPLEx is the national electronic real-time, stop-sale monitoring system used in Missouri to prevent unlawful sales of pseudoephedrine (PSE) to potential criminals.Missouri is one of 33 states that have passed legislation to join the NPLEx network. The system is a vital resource used by retailers and law enforcement to combat meth production in the Show Me State and nationwide. NPLEx accomplishes this by automatically blocking unlawful purchases of medicines containing PSE at the point of sale, for those who have exceeded the daily or monthly purchase limits on PSE. Due to criminals’ use of PSE as an ingredient in the production of meth, NPLEx has been effective in helping to combat the drug’s production. The system is used by law enforcement both proactively and retrospectively, to help law enforcement identify suspicious purchase patterns and find potential meth makers to be arrested, tried and convicted.From January through September of 2017, the NPLEx system in Missouri helped block the sale of 25,008 boxes of PSE, keeping 65,275 grams from potentially getting into the hands of meth criminals. At the same time, NPLEx helps to ensure that law-abiding citizens still have access to the critical over-the-counter (OTC) medications they need.“Our state remains dedicated to combatting the production of methamphetamine, and the data continues to proof the invaluable advantage provided by the NPLEx system,” said Representative Walsh, R-Ashland. “Law-abiding citizens are entitled to the right to purchase PSE over-the-counter, and NPLEx allows for the protection of that right, while simultaneously giving our law enforcement and pharmacy communities a leg up in the fight against meth production.”

4,592 thoughts on “RELEASE: Data shows NPLEx continues to be a dynamic tool to block the illegal sale of PSE in Missouri”