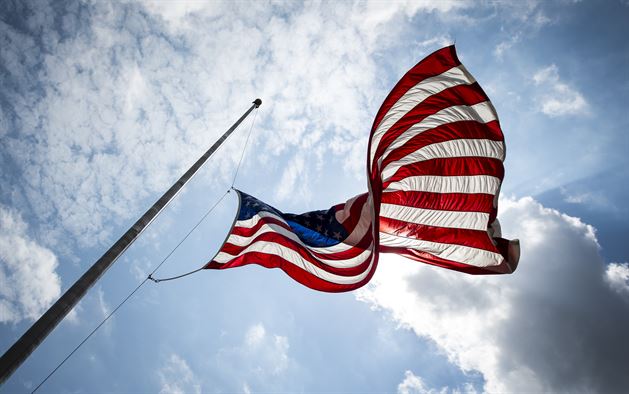 Governor Eric Greitens has ordered that the U.S. and Missouri flags at state buildings in all 114 counties be flown at half-staff on Monday, March 12 in honor of Officer Christopher R. Morton, of the Clinton Police Department.

Morton, age 30, died on March 6 while serving the citizens of Missouri.

In addition, Governor Greitens has ordered that the U.S. and Missouri flags at all state buildings in Henry County be flown at half-staff from March 13 to March 16.

While on duty with the Clinton Police Department, Morton was dispatched to a residence where a gunman opened fire, striking Morton several times.

Morton, despite being mortally wounded, continued to provide conditions inside the residence to support and help protect his fellow officers, two of whom had been shot.