RELEASE: How highly contagious norovirus infection gets its start 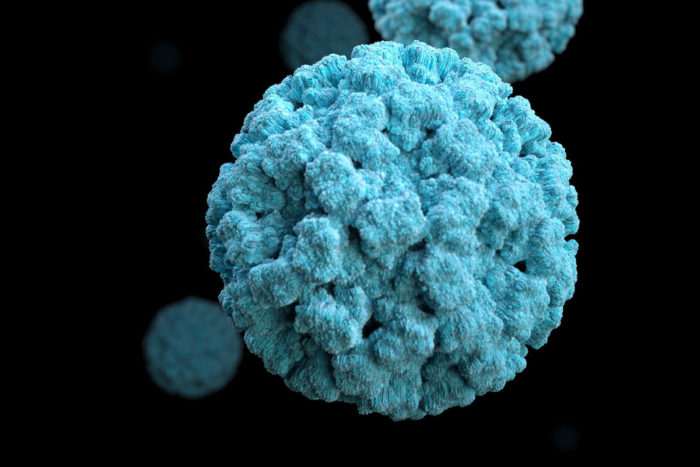 Norovirus – the highly contagious gastrointestinal illness best known for spreading rapidly on cruise chips, in nursing homes, schools and other densely populated spaces – kills an estimated 200,000 people annually, mostly in the developing world. There’s no treatment or vaccine to prevent the illness, and scientists have understood little about how the infection gets started.

Now, researchers at Washington University School of Medicine in St. Louis have shown, in mice, that the virus infects a rare type of intestinal cell called a tuft cell, so named because each cell sports a cluster of hairlike extensions on its surface. While tuft cells are few in number, the scientists’ findings indicate that once the virus strikes, such cells multiply the virus quickly and set off severe infections.

The research, published April 12 in Science, suggests that targeting tuft cells with a vaccine or a drug may be a viable strategy for preventing or treating norovirus infections.

“Norovirus is one of the deadliest human pathogens that we know the least about,” said first author Craig B. Wilen, MD, PhD, an instructor in pathology and immunology. “Of the viruses worldwide for which there are no antiviral drugs or vaccines, norovirus arguably kills the most people. This study provides a therapeutic avenue to explore.”

Norovirus causes severe vomiting and diarrhea that can develop suddenly. The virus is shed in the feces and vomit – sometimes for months after symptoms resolve – and spreads through people-to-people contact, by touching contaminated surfaces and then the mouth, or eating food contaminated with the virus.

Human norovirus can’t be grown easily in a lab, and for this reason, the researchers choose to study it in mice.

“We were most surprised that the virus infects such a rare cell type and that even with so few cells infected, the infections can be intense and easily transmitted,” Wilen said. “In a single mouse, for example, maybe 100 cells will be infected, which is very few compared with other viruses such as the flu.”

Tuft cells are a type of epithelial cell that protrudes into the intestine. They also are known to detect parasitic and worm infections in the gut and trigger an immune response. Such infections can make norovirus infections worse and may explain why people in the developing world – where intestinal parasites and worm infections are more common – also are more likely to die of norovirus.

But, until now, scientists didn’t understand how norovirus could be linked to intestinal parasite and worm infections. The new study indicates that such infections in the mice cause the number of tuft cells to increase by five- to tenfold, leading the norovirus to replicate more efficiently.

Treating the mice with a powerful broad-spectrum antibiotic cocktail decreased the number of tuft cells and the risk of norovirus infection. But, Wilen cautioned, the antibiotics used in the study would not be practical to give to patients because they would deplete gut microbes that keep the body healthy. Still, the finding points to gut bacteria’s role in facilitating norovirus infection.

The researchers, including Herbert W. “Skip” Virgin, MD, PhD, now at Vir Biotechnology, also noted that noroviruses tucked inside tuft cells are effectively hidden from the immune system, which could explain why some people continue to shed virus long after they are no longer sick. These “healthy carriers” are thought to be the source of norovirus outbreaks, so understanding how the virus evades detection in such people could lead to better ways to prevent outbreaks.

2,544 thoughts on “RELEASE: How highly contagious norovirus infection gets its start”