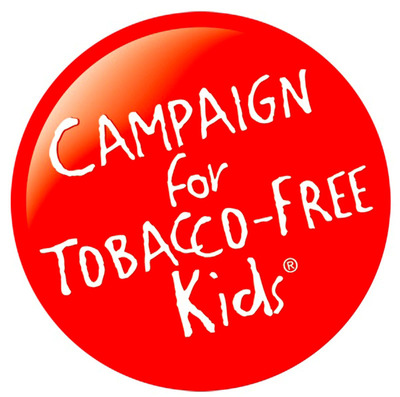 WASHINGTON, Dec. 13, 2017 /PRNewswire-USNewswire/ — Missouri ranks 49th nationwide in funding programs that prevent kids from smoking and help smokers quit, according to a report released today by leading public health organizations.Missouri is spending just $48,500 this year on tobacco prevention and cessation programs, which is less than one-tenth of one percent of the $72.9 million recommended by the Centers for Disease Control and Prevention (CDC).

The report challenges states to do more to fight tobacco use – the nation’s leading cause of preventable death – and make the next generation tobacco-free. In Missouri, 11 percent of high school students smoke, and 3,100 kids become regular smokers each year. Tobacco use claims 11,000 Missouri lives and costs the state $3 billion in health care bills annually.

Other key findings in the report include:

The report spotlights the need for stronger efforts to reduce tobacco use in Missouri, which has one of the highest adult smoking rates in the country at 22.1 percent. The state consistently ranks at or near the bottom of most measures aimed at protecting residents from tobacco use. Missouri has the lowest tobacco tax in the nation (just 17 cents per pack compared to the state average of $1.72), no statewide smoke-free protections, and one of the worst-funded tobacco prevention and cessation programs. To reduce smoking, health advocates are calling on Missouri to increase funding for tobacco prevention and cessation programs and to pass a long-overdue, comprehensive smoke-free law to protect residents from secondhand smoke.

“By failing to adequately fund tobacco prevention and cessation programs, Missouri is putting kids’ health at risk and costing taxpayers more in tobacco-related health care costs,” said Matthew L. Myers, President of the Campaign for Tobacco-Free Kids. “We can win the fight against tobacco and make the next generation tobacco-free, but Missouri needs to do its part to help achieve these goals.”

The U.S. has reduced smoking to record lows – 15.1 percent among adults and 8 percent among high school students. But tobacco use still kills more than 480,000 Americans and costs the nation about $170 billion in health care bills each year.

Today’s report also highlights large disparities in who smokes and who suffers from tobacco-related diseases in the United States. Smoking rates are especially high in a swath of 12 states in the Midwest and South, including Missouri, an area called “Tobacco Nation” in a recent Truth Initiative report. Nationwide, smoking rates are highest among people who live below the poverty level and have less education, American Indians/Alaska Natives, LGBT Americans, those who are uninsured or on Medicaid, and those with mental illness. These differences are in large part due to the tobacco industry’s targeting of vulnerable populations through advertising, price discounting and other marketing strategies.

By funding tobacco prevention and cessation programs at the CDC’s recommended levels, states can reduce tobacco use among all Americans. But most states are falling far short:

The report and state-specific information can be found at tfk.org/statereport.