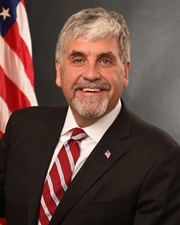 Yesterday, Acting Health and Human Services Secretary Eric Hargan traveled to O’Fallon, Missouri where he was hosted by the Phoenix Textile Corporation to discuss the need for tax reform in the United States.

Acting Secretary Hargan toured and met with leadership of the Phoenix Textile Corporation which distributes textile products—such as scrubs, laboratory coats, uniforms, linens, and other items—to hospital and nursing homes across the nation. They have been in business since 1983 starting with a handful of employees and today have grown to have over 100 employees. As Acting Secretary Hargan noted in his speech, “This is a really special place — the epitome of the great American tradition of family-owned small businesses: 34 years in business, growing to 110 employees, woman-owned, passed down from one generation to the next. Businesses like this are the backbone of the American economy.”

Acting Secretary Hargan and the Trump Administration understand that businesses like Phoenix Textile Corporation across all sectors, including the healthcare industry, contribute to a healthier American economy and workforce. With this in mind, Acting Secretary Hargan concluded his visit with formal remarks on President Trump’s vision for reforming our nation’s broken tax code.

As Acting Secretary Hargan noted in his speech, “…strong small businesses don’t just create jobs and economic opportunity. They also provide a strong foundation for local communities and a good living for hardworking employees to support their families. In turn, healthy communities and strong families mean healthier Americans, which is why I’m here today. President Trump’s commitment to building a strong American economy, and to all the benefits that come with a strong economy, extends across his Administration.”