RELEASE: Three groundbreaking chess exhibitions to open at the World Chess Hall of Fame in St. Louis in April 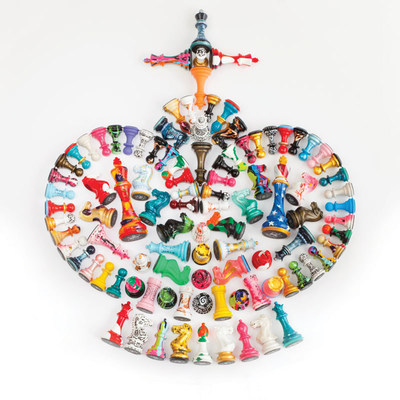 ST. LOUIS /PRNewswire/ — This spring, the World Chess Hall of Fame (WCHOF), the only institution of its kind to present world-class exhibitions that explore the connections between chess and art, culture and history, will feature three new chess-focused exhibitions created by artists all around the world: Painted Pieces: Art Chess from Purling London, The Staunton Standard: Evolution of the Modern Chess Set, and The Sinquefield Effect: The Resurgence of American Chess. The exhibitions will make their debut on April 12, 2018, at the WCHOF in Saint Louis. 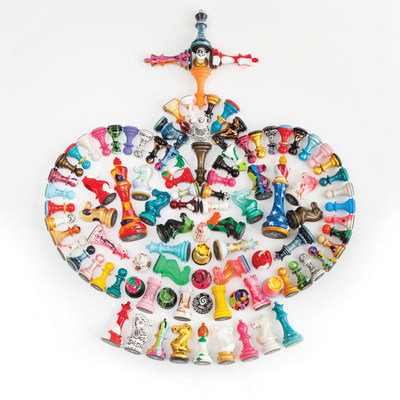 These exhibitions each highlight the history, art and culture behind the sport of chess. One exhibition features hand-painted chess sets by contemporary artists, while another features some of the oldest Staunton chess sets in the world.

The last exhibition highlights the contributions of Dr. Jeanne and Rex Sinquefield over the past decade as part of their mission to drive the renaissance of chess in the United States. The Purling & Staunton exhibits will close on September 16, 2018, while The Sinquefield Effect exhibit will be available to the public through February 24, 2019.

“Chess, at its core, is one of the world’s oldest art forms,” said Shannon Bailey, Chief Curator of the World Chess Hall of Fame. “These new exhibitions celebrate the canvas that is a chessboard and its evolution from traditional to contemporary. The Sinquefield Effect ties it all together, celebrating the renewal of chess as a cultural icon in the United States. We are thrilled to unveil these new exhibitions for the first time-ever in America, providing a new global lens to view chess and the intricacies of the game.”

The Opening Reception of these exhibits at the WCHOF will be held on April 12, 2018, from 5:30 p.m. to 7:30 p.m. To attend the unveiling, please RSVP to events@worldchesshof.org. For more information, please visit www.worldchesshof.org.

The Sinquefield Effect: The Resurgence of American Chess
The Sinquefield Effect: The Resurgence of American Chess commemorates a decade of explosive chess growth led by the Saint Louis Chess Club (STLCC), a nonprofit founded by Dr. Jeanne and Rex Sinquefield. The exhibit will feature artifacts, photographs, videos, and more to showcase Saint Louis’ growing chess culture and the impact these institutions and the Sinquefields’ support have had on the area. Over the last ten years, the STLCC has drawn the attention of chess Grandmasters from around the world, and the STLCC has garnered the favor and respect of top players globally who have showed their support in assisting with a surprise project that will be unveiled at the exhibition’s opening reception.

The Staunton Standard: Evolution of the Modern Chess Set
Staunton chess sets have been the standard in tournament play since they were first introduced to the public in 1849. The Staunton Standard: Evolution of the Modern Chess Set celebrates the Staunton chess set with a historic exhibition displaying some of the earliest Staunton sets ever produced as well as more contemporary incarnations of the style and additional artifacts related to Howard Staunton’s legacy. This unique exhibition includes over 40 chess sets from the collection of longtime chess fan and competitor, Jon Crumiller, whose personal collection of antique sets numbers over 600. Additional exhibit artifacts will be on display from the permanent collection of the WCHOF and loans from Dr. Jeanne and Rex Sinquefield, Duncan Pohl, Joram Piatigorsky and Frank Camaratta, the internationally-recognized expert in antique Staunton and other playing sets.

6,304 thoughts on “RELEASE: Three groundbreaking chess exhibitions to open at the World Chess Hall of Fame in St. Louis in April”