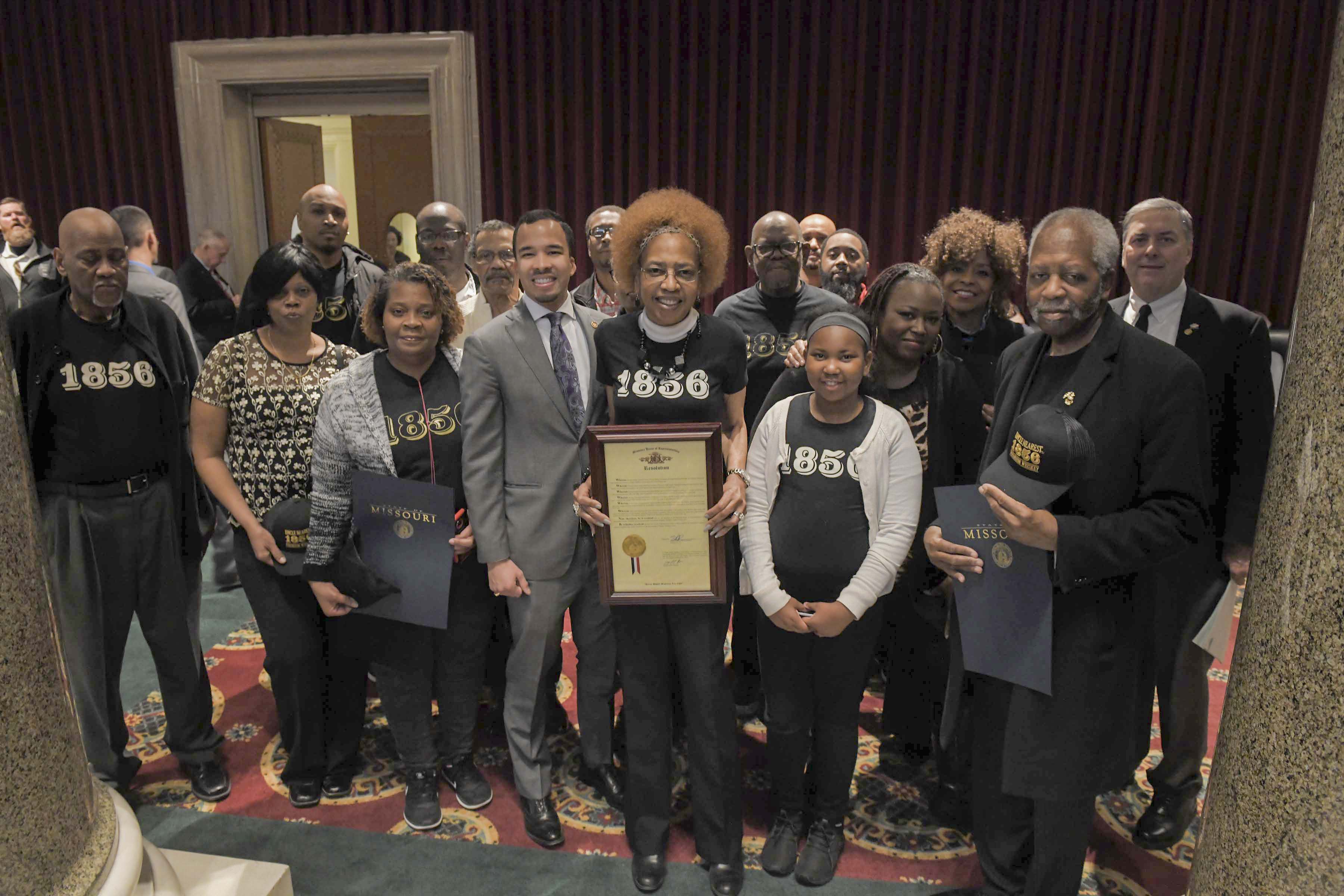 JEFFERSON CITY, Mo. – In honor of Black History Month, State Representative Steven Roberts, the chairman of the Missouri Legislative Black Caucus, is honoring the contributions of African Americans in our nation.

On Tuesday, February 26, 2019, Rep. Roberts rose on the House floor to recognize the achievements and accomplishments of Nathan “Nearest” Green.

Roberts explained that Nearest Green’s story may be one of the most remarkable but little known stories in our nation’s history, the story of America’s first African American master distiller. A former slave living in Tennessee, Nearest specialized in a process that gave the whiskey a unique smoothness, which we know as sugar maple charcoal filtering, one that many historians believe was brought in by slaves.

In the 1850s, Nearest taught a young white boy the secrets of making Tennessee whiskey, using the special process. That young boy, named Jasper Newton, grew up to become a distiller himself, and was more commonly called “Uncle Jack.” Today, Americans know him best as Jack Daniel.

Jack eventually hired on Nearest after he had been freed to work as his first master distiller, and Nearest’s sons continued their father’s work with Jack, with his son, George Green, building a lifelong friendship with Jack.

Following Jack’s death, Lem Motley bought the Jack Daniel Distillery and moved it to St. Louis during the Prohibition, where it was well-known that George was the only person who could talk sense into Lem. George worked at the distillery for all of his living years until the Prohibition. His son, Otis Green, had a long history with St. Louis, and the majority of his descendants still reside there to this day.

To honor the accomplishments of Nearest Green and his family, Rep. Roberts presented members of his family with a resolution on the House floor.

“It’s truly an honor to share the story of Nearest Green,” Roberts, D-St. Louis, said. “His achievements are a proud part of our nation’s heritage and tradition, and it is truly a gift to remember him as we proudly share the history of African Americans and our country.”