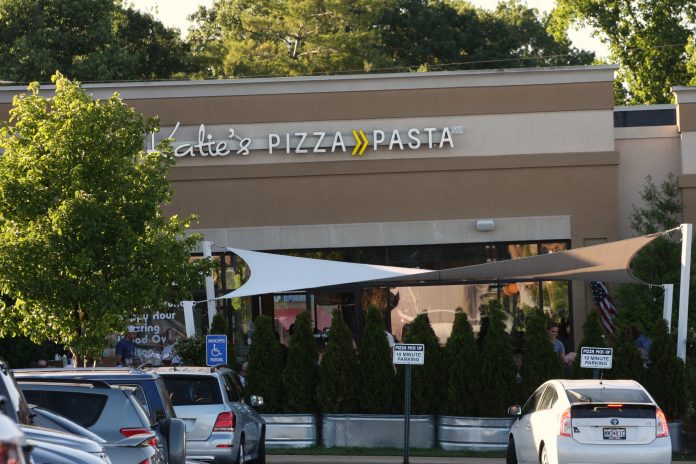 Every month, a local pizza restaurant in Rock Hill is donating 100 percent of their earned proceeds from an entire business day to charity.

The event is called Giveback Tuesday, when Katie’s Pizza and Pasta Osteria will donate all proceeds from lunch, dinner, and carryout for a specified day. So far, the restaurant has donated more than $120,000 to local nonprofit organizations.

“Giveback Tuesdays started about six months after we opened,” Collier said. “Every fourth Tuesday of the month we pick a local non-profit and we dedicate the day to them and then 100 percent of the profits from all sales of that day are donated to that charity.”

Some might believe that giving 100 percent of one day’s profit might hurt a restaurant, but Collier said because of the restaurant’s success — it isn’t an issue.

“We’re lucky that we’re really busy, we have a really strong restaurant to start off with,” she said. “When we opened it was still a new place and not nearly as busy as we are now, and we kind of had faith in doing the right thing.”

This month’s Giveback Tuesday is slated for Tues., Aug. 22, which will benefit the National Council of Jewish Women.

The proceeds that are going to the National Council of Jewish Women will benefit the group’s annual Back to School Store, which is a one-day event where more than 1,300 pre-selected elementary school children choose new items from the organization’s store.

Additionally, the money raised will help purchase school supplies, and clothing for more than 1,300 underserved children.

“We are honored to be part of Katie’s Giveback Tuesday program on Aug. 22,” said Jennifer Scissors, a volunteer co-chair of National Council of Jewish Women’s Back to School Store. “It’s so gratifying to see underprivileged children receive the clothing and supplies they need to start school with enthusiasm, positive self-esteem, and a readiness to learn at our Back to School! Store. We know this could not be possible without the help of local organizations and businesses like Katie’s.”

Collier said the program has been such a success, it was hard to accommodate new charities. With her husband and Co-owner Ted Collier, they are opening a new Katie’s Pizza and Pasta Osteria in Town & Country next week, which will also have Giveback Tuesdays.

“Our new restaurant in Town & Country, Katie’s Pizza and Pasta, opens up next week and will be following the same path only that it will be the second Tuesday of every month with a different non-profit,” she said. “The problem that we had was there was only 12 months in the year, so we get a lot of applicants — it’ll be really nice with the new location to be able to benefit 24 charities opposed to 12.”

Collier added that when her and her husband first started, they struggled financially but the community helped them get on their feet and to show they’re appreciation they created Giveback Tuesdays.

“My husband Ted [Collier] and I are so grateful, when we opened Katie’s we had no money, we had to do a Kickstarter campaign, we raised money from strangers and friends and were able to raise the money to build the restaurant,” she said. “The fact that the community rallied behind us to help us build our dream was something that we wanted to show appreciation for and say thank you. Just one of the most important ways you can do that is to give back to the less fortunate.”

Katie’s Pizza and Pasta Osteria is at 9568 Manchester Rd.

3,208 thoughts on “Rock Hill restaurant donating 100 percent of its earnings to charity once a month”