Saint Louis Art Fair judge: Art is something everyone can enjoy 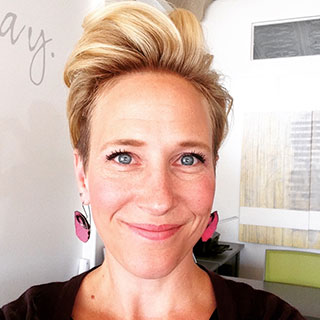 Starting on Friday, thousands of art aficionados will hit the streets of Clayton for the annual Saint Louis Art Fair, but one judge of the event says art is made for everyone to enjoy, not only the connoisseurs.

Jennifer Perlow, originally from Columbia, Mo., will be one of the five judges at the Saint Louis Art Fair this year. Perlow owned and operated a contemporary craft gallery, a fine art gallery, and an art consulting firm. Now Perlow lives in Denver, Colo. running her business PS Art Consulting.

Perlow said when she would visit her family in St. Louis, they would always attend the art fair, then known as the Clayton Art Festival, and now she has the opportunity to judge the show.

“I have been to the Saint Louis Art Fair, many, many times. I used to live in Columbia and was involved in the art community there. We would make a pilgrimage to the city to visit my family and go. It was known then as the Clayton Art Festival,” Perlow said. “My husband and I moved to Denver, Colorado four years ago and I was in touch with the deputy director at that point in time and she reached out to me to see if I wanted jury the show.”

Perlow was asked to be a juror a few years ago but had to decline the opportunity because she worked for an organization that was involved in art festivals and there would be a conflict of interest.

Additionally, Perlow suggested that a person doesn’t have to be an expert to enjoy art and encouraged Saint Louis Art Fair visitors to ask artists questions about their work.

“I think people are intimidated by art. I think people have an impression like, ‘Well I didn’t go to school to study art, I don’t know a lot about art, so I don’t get to have an opinion.’ So I would say throw all of that out the window. Stop and look,” she said. “Talk to the artists. Artists are usually really gracious with their time and energy. Get to know them, ask them about their work. Don’t be intimidated to take a little bit of time. Your opinion is valid. If you love something, it doesn’t matter who else loves it.

“I don’t know a whole lot about cars, but I drive one and I’m not intimidated by it. I don’t think anything of getting in my car and driving every day, even though I couldn’t tell you how it works.”

The Saint Louis Art Fair will run from Sept. 7-9, and winners from the art fair will be announced Sunday at 8:30 a.m.

Perlow added what makes judging art particularly challenging is that there are plenty of nuances within the pieces of art that’s important to notice.

“Clearly art is a subjective subject matter. It’s not cut and dry like some things, where you go if you have this, this or this then it’s great and if you have this, this or this, then it’s bad,” she said. “I think you use your experience. I’ve been in the art field for over 20 years now and you take into an account composition, use of color, texture, light and depth and soul. I think there’s an attention that has to be relayed properly and I think that is part of what makes something great, or maybe not even make it great but causes it to have an effect on you.”

3,032 thoughts on “Saint Louis Art Fair judge: Art is something everyone can enjoy”