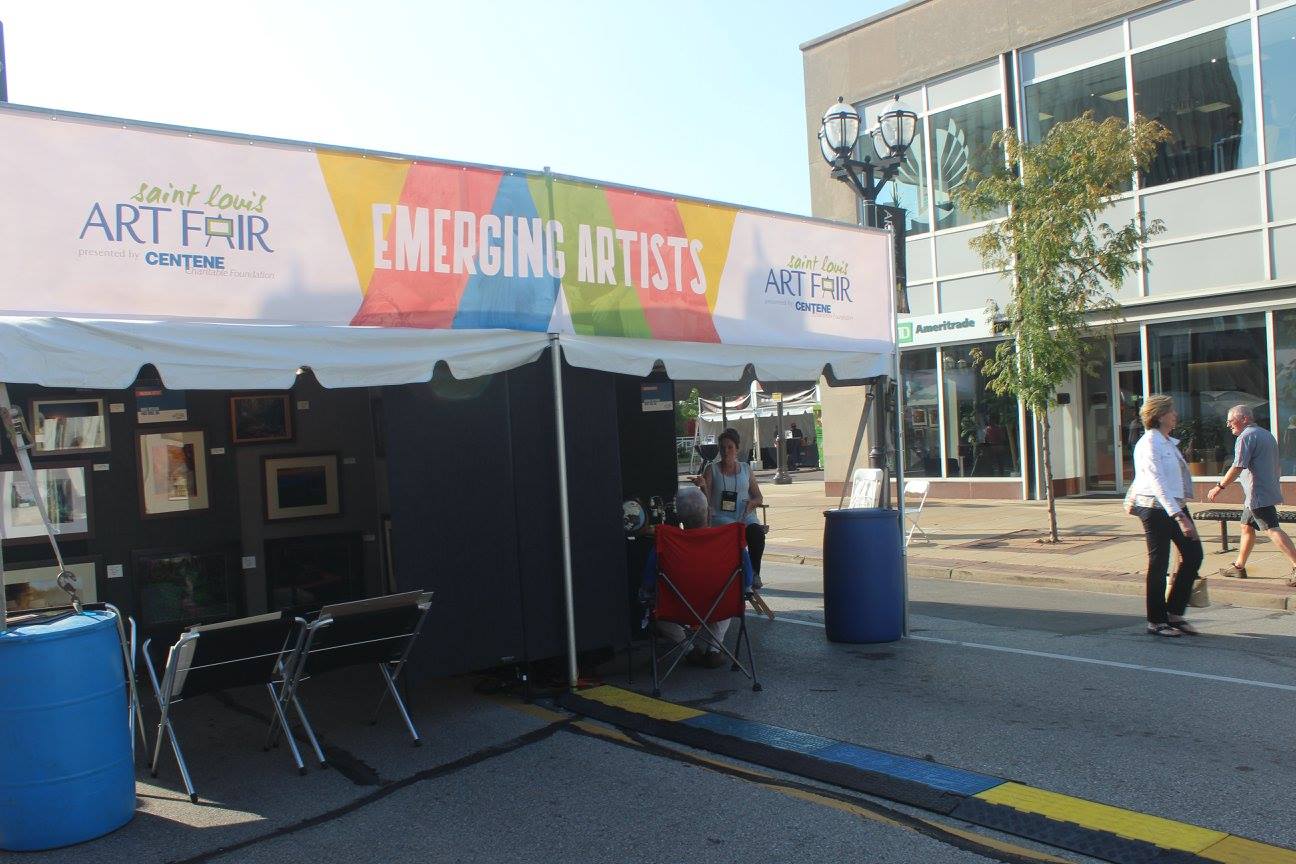 Every year during the second week of September, the Saint Louis Art Fair brings veteran artists to the City of Clayton, but the fair also helps new artists have an opportunity to break into the industry.

The fair offers upcoming artists a chance to join the Emerging Artists Program, which allows artists to jumpstart their careers by learning more about selling, pricing and displaying their work, and abiding by copyright laws. 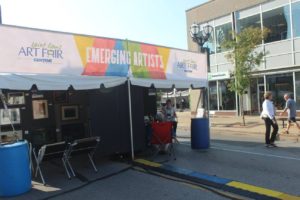 Additionally, the program offers these artists the chance to sell their work at one of the top art fairs in the nation.

Madonna Watermon, a gourd artist and member of this year’s Emerging Artists Program, said she didn’t expect to be part of the Saint Louis Art Fair since she has never been part of one in the past.

“I didn’t even think about the Saint Louis Art Fair until last year. I became a jury member of The Best of Missouri Hands and at one of their meetings they had some of the people that run the Saint Louis Art Fair, they looked at my work and suggested I enter here,” Watermon said. “I wasn’t sure because I’ve never been in shows and then they suggested the Emerging Artists Program and that has been great. I did that last year, and this year I actually get to sell mine to see if I like it, and so far so good.”

Watermon said whoever out of the Emerging Artists’ booth gets the best of show award will get a booth at the Saint Louis Art Fair next year.

“The first year you have to send in your pictures and then they judge them and then they take 10 people out of all of them that are sent in — they are now in the Emerging Artist Program. The first year you basically work,” she said. “They have classes that will teach you different things about advertising your work and business cards, and how to run a business and how to do shows. Then they assign you to different artists for the three days and after that then the second year you actually give you a booth to use and they supply tent. We’re all under the same tent.”

This year’s Saint Louis Art Fair concluded on Sunday and drew in thousands of visitors and businesses into Clayton.

Watermon said she appreciates the variety within the Saint Louis Art Fair, and that’s what makes it a memorable event for all participants and attendees.

“People watching for one thing and just to see the different things that are out there,” she said. “Some of the stuff I haven’t seen before. I haven’t seen any other gourd artists out here, and I didn’t see any last year either. It’s just the different techniques, we have a glass man and three doors down from there it’s totally different.”