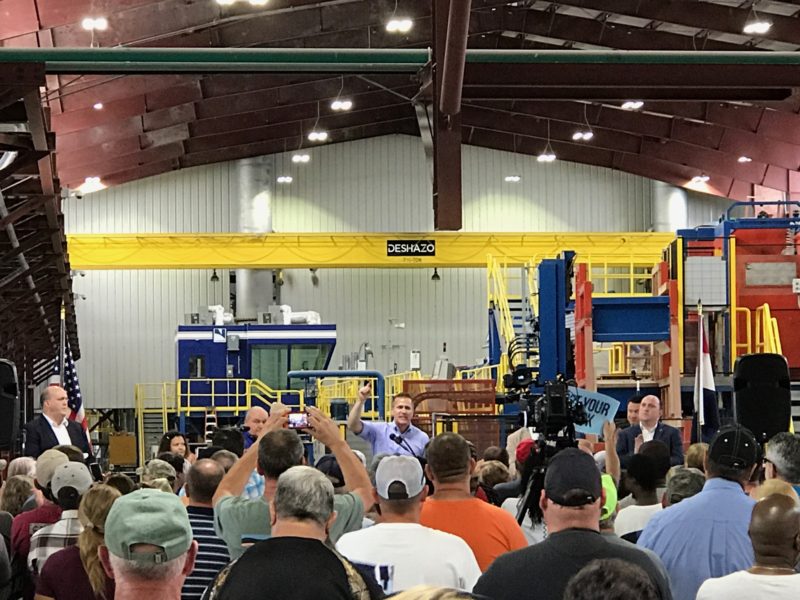 News of a new rebar steel mill being built in Sedalia broke on Nov. 21, which Governor Greitens announced on Facebook.

The post, which failed to mention anything about the company or the location of the steel mill, left many confused as to whether the steel mill in the post was the same one that was the center of a special legislative session to bring more jobs to southeast Missouri.

It didn’t take too long for the specifics of the deal to show up in the comments on Facebook, confirming that it was a different steel mill from the one located in the bootheel.

But that begs the question: when will the southeast Missouri facilities come?

Rep. Don Rone led the effort to pass a utility bill to allow users of large amounts of power to negotiate for lower electric rates with the providers, the subject of the first legislative session this past summer.

With its successful passage and a signature from Gov. Greitens, it seemed that everything needed to entice the companies to come to New Madrid was in place.

Fast forward six months, and the companies are still in the process of deciding.

Rone has been reported as saying that Sumangala Steel, the India-based company looking to establish a new steel mill at New Madrid’s new 200-acre industrial park, could decide by the end of the year whether to build there or Mississippi or Tennessee. If chosen, New Madrid would see roughly 170 new jobs from the new mill.

Meanwhile, Magnitude 7, the company that purchased the old Noranda aluminum smelter after the company filed for bankruptcy, could also decide by January whether to re-open the smelter and bring back about 300 jobs.

Until then, the situation remains a waiting game.