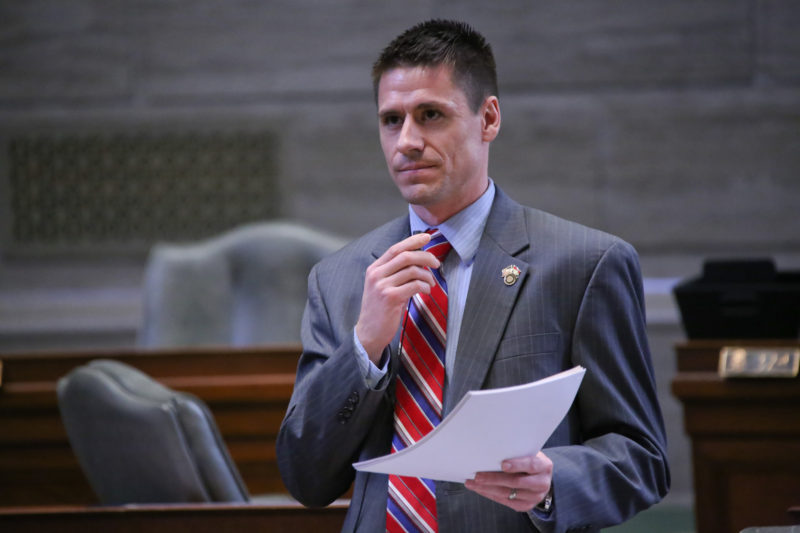 JEFFERSON CITY, Mo. – The first day back in session after nearly a month off proved to accomplish little more than exercising oratory skills.

The Missouri Senate returned Monday to continue working on the extraordinary session dealing with abortion restrictions, but after roughly two hours, the Senate is exactly where they began the day.

The Senate did not take any immediate action on the SB 5, sponsored by Sen. Andrew Koenig, who eventually concluded the night by withdrawing his motion and putting his bill on the calendar once again.

Senators never took a vote on the wide-ranging bill that had been adopted by the House with revisions, though more than a few senators encouraged the chamber to vote to stick with their own version and go to conference with the House.

With at least five senators missing from the action on Monday, it became clear that the Republicans didn’t have the votes needed to kill a filibuster from their Democratic counterparts, who seemed to have the aid of a few Republicans as well.

Sen. Rob Schaaf decried several issues with Governor Eric Greitens, including his PDMP executive order, his appropriations, and also spoke against the Republican Party, noting that the chairman of the Missouri GOP is also a partner in the firm handling a Sunshine Law suit against him.

The Republican senator said he would vote against the bill, simply because he didn’t support one of the provisions that sought to address the powers of the Attorney General. He said he hoped that they could instead go to conference on the bill, but figured that the Senate’s majority party would simply move forward with the previous question on Tuesday.

The Senate will reconvene on Tuesday at noon.