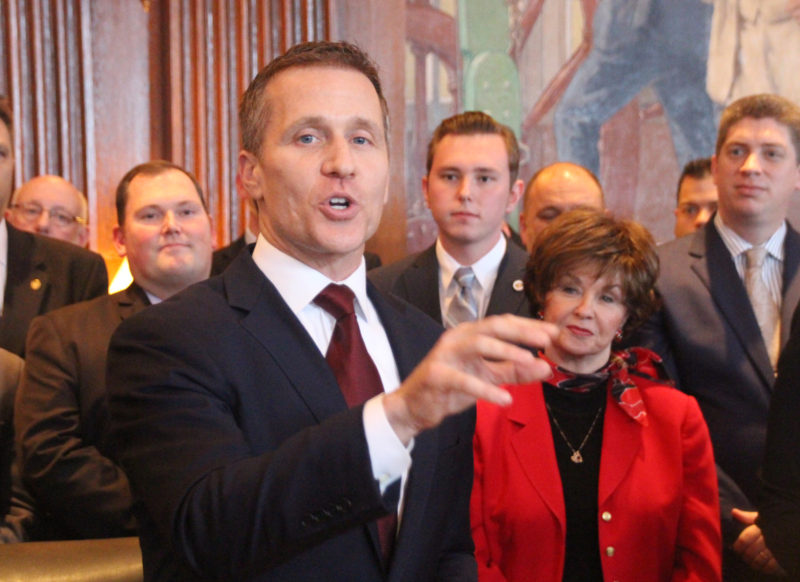 JEFFERSON CITY, Mo. — A new set of polling conducted by The Missouri Times shows that roughly half of Missouri’s voters have an unfavorable opinion of Gov. Eric Greitens, and more think he should step down from office.

Of those polled, 52 percent of the women asked whether their opinion of the Governor was favorable said it was not, compared to a nearly equal percentage of 50 percent of men who also cited unfavorable opinions.

Question: What is your opinion of Eric Greitens?
Favorable: 27%
Unfavorable: 51%
No Opinion: 22%

Table 1: Opinion of Greitens by Gender

Table 2: Opinion of Greitens by Party

The poll also took a closer look by turning to voters in Senate District 17, one of the last true purple districts in the state and the site of the next special election.

In the November 2016 general election, Clay County voters supported Greitens by a narrow margin, who won the county with 48.9 percent of the vote, compared to Democratic challenger Chris Koster’s 47.6 percent.

But the numbers in SD 17 seem to mirror that of the statewide polls.

Of the 560 likely voters surveyed, with a +/- 4 percent margin, once again, 27 percent showed favor to Greitens. Similarly, 50 percent said they were unfavorable, with 23 percent having no opinion.

The numbers in regard to whether the Governor should resign also showed similar numbers to those of the statewide numbers, with 55 percent saying yes and 31 percent saying no.

Question: What is your opinion of Eric Greitens?
Favorable: 27%
Unfavorable: 50%
No Opinion: 23%