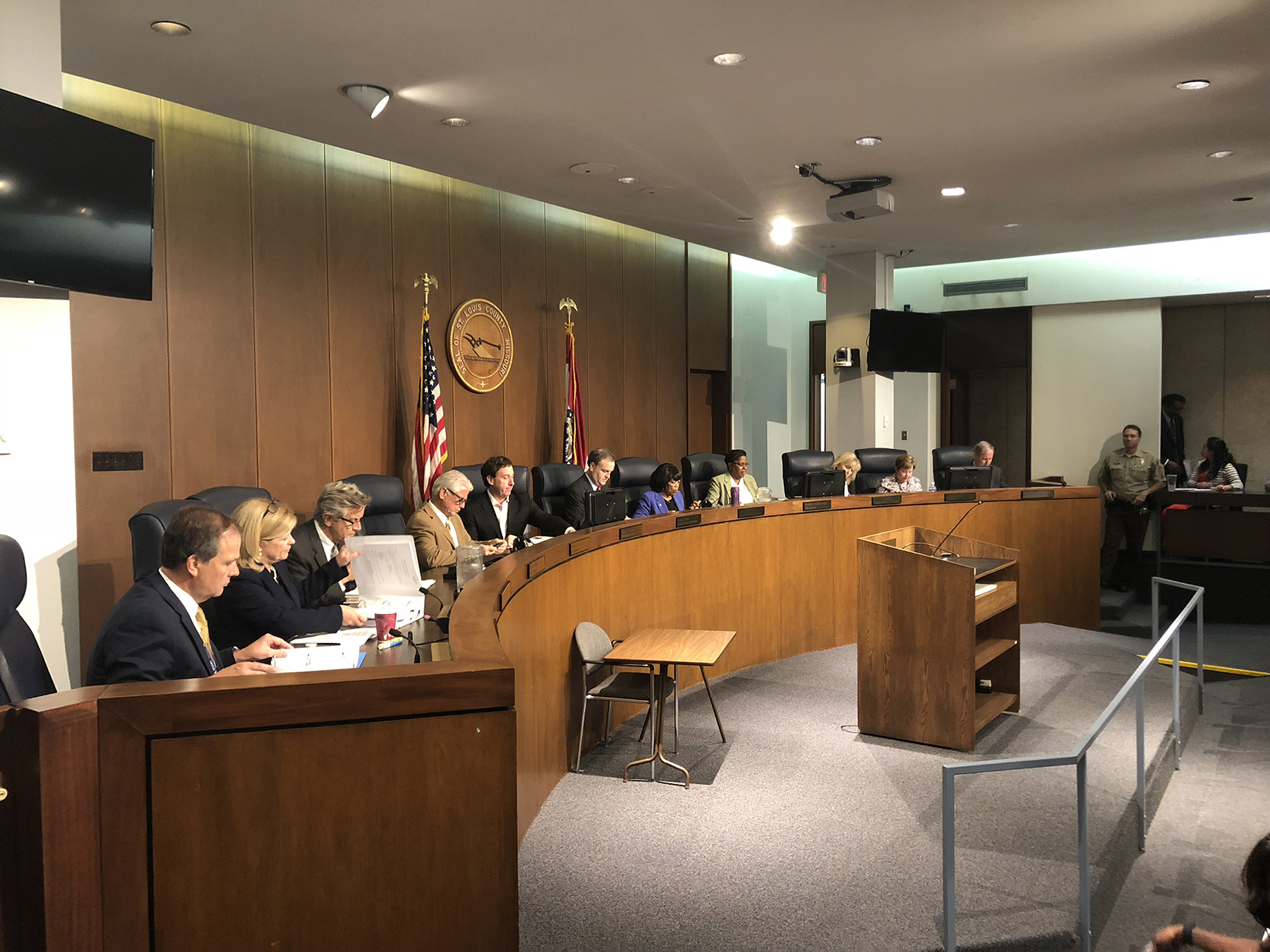 Ten different residents addressed the council during the Public Forum. Speakers discussed the rezoning of Tower Tee, the need for an independent oversight board and the support of substitute Bill No. 1 for Bill No. 136 in regards to apprenticeship and trade programs.

“Who will speak for Affton? You will,” Tom Day said in regards to the rezoning of the Tower Tee development for residential purposes. “I ask you to speak wisely.”

Tim Day said that Tower Tee was taken from the residents prematurely. He also noted that something could be done with the development besides having it rezoned for residential property.

“It’s not so far fetch,” Day said. “To bring back driving lanes and batting cages for my kids and my kid’s kids.”

Both William Lewis and Lisa Neil spoke on behalf of the families of the men who died in the St. Louis County police chase on Aug. 10th. They asked for officers who were involved in the chase be fired and prosecuted to the fullest extent of the law.

“There is a mother here who has still not reached closure in the death of her son,” Rev. Daryl Gray said. Gray said that there are still a lot of unanswered questions for the family members and they are still waiting for investigations from the Aug. 10th incident.

“[We are] cautiously optimistic because we haven’t seen much change,” Gray said.

Residents Kellie Jones, Michelle Roberts Bower, Yaphett El-Amin and Adolphus Pruitt all spoke about their support for substitute Bill No. 1 for Bill No. 136 and “leveling the playing field” which received final passage later in the meeting.

Councilwoman Wasinger spoke about the bill and the changes that have been made over time to it before moving forward for final passage.

“It is not preventing apprenticeship programs, it is mandating them and allowing others to make a bid and compete,” Wasinger said.

Many of the council members agreed that the bill will help to eliminate barriers and ensure inclusivity.