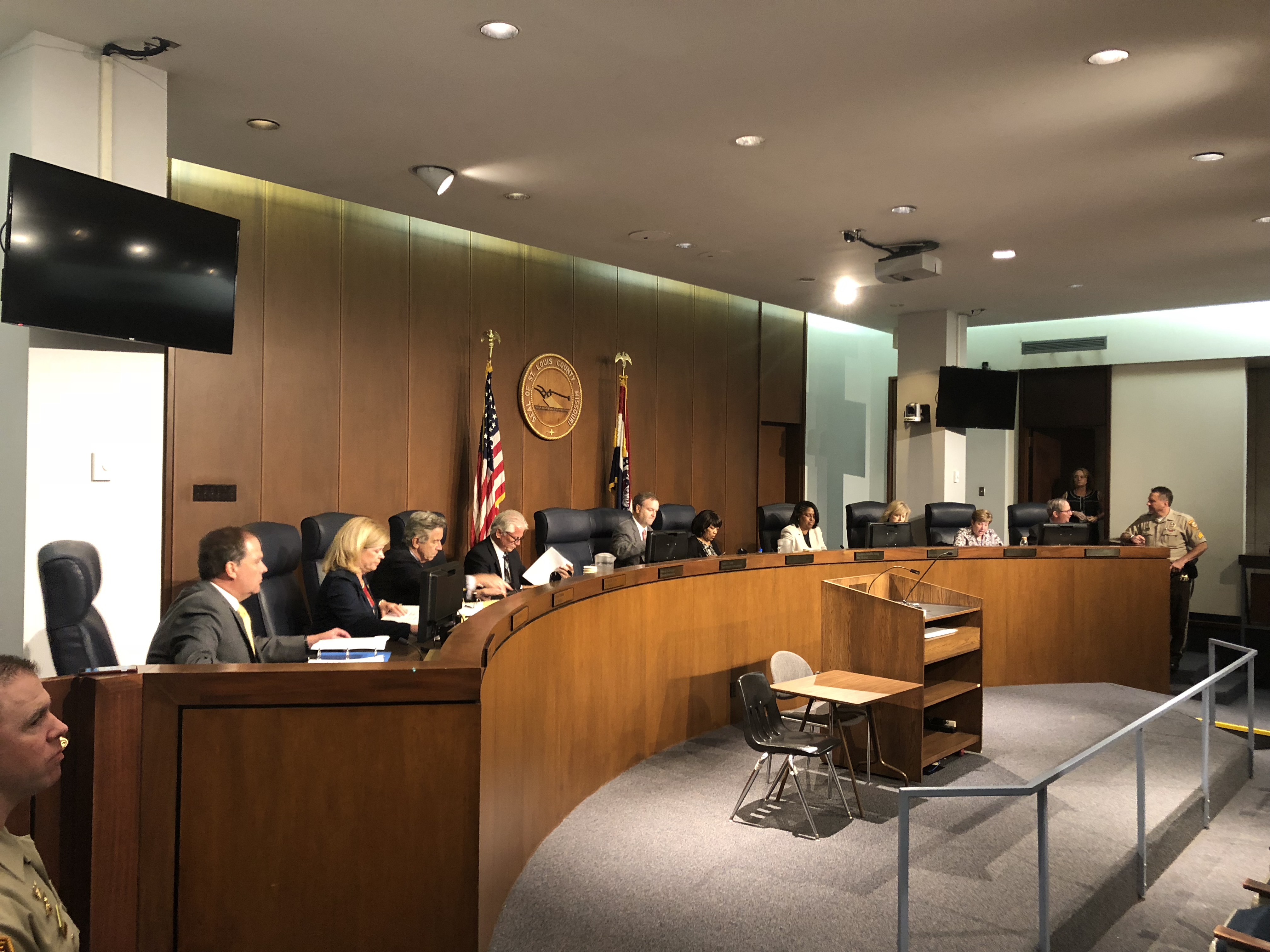 CLAYTON, Mo. – The St. Louis County Council met on Tuesday to discuss the wage increase for county workers and to vote a bill which was vetoed by County Executive Steve Stenger.

During the public forum, there were seven residents who stood up before the council seeking that actions be made for the workers of St. Louis County to receive raises. Many speakers went up to the podium and explained that lifestyle prices have increased, but their paychecks do not match what basic needs now cost. They also explained to the council that the county is losing qualified workers at an alarming rate because they are not receiving a competitive pay.

Resident Pam Simpson said that she wanted to ask the County Executive what he met last week when he mentioned meaningful raises and what he considers to be meaningful for Simpson and the rest of the county workers. She also asked the council how they are prepared to raise the revenue in order to make the wage increases possible.

Councilwoman Walton-Gray addressed all of the county workers that came forward to speak and told them that they need to also take their questions to their directors. She said that the workers need to see what their directors have to say about the matter and then let the council know what they are saying.

Councilwoman Erby also spoke and expressed her thoughts on the pay increases. She said that she has known for years that it is something that needs to be done and that she was happy that the workers came to speak because the County Executive needs to know how they feel.

“I think that if we make sure that this administration stops bringing people in with those high salaries and take care of the people that are here,” Erby said. “We can solve that problem. I think that we are supportive of you getting raises, it’s time.”

The County Council had recess during the meeting and came back to address item #6 in other communications. County Executive Stenger returned Substitute Bill No. 1 for Bill No. 136, which was passed by the council on Oct. 2nd, unsigned with his objections and vetoing the bill.

“Quite frankly I was surprised and disappointed that we got a veto,” Councilwoman Wasinger said. “This is a good bill. It’s an all-encompassing bill regarding many, many improvements to the procurement process through the county that will improve transparency and help us monitor better how we spend our money.”

Wasinger also mentioned that this was the 14th vetoed that was sent down since April 2018.

Councilman Harder spoke about the bill and the work that Wasinger has done. Harder explained that this bill was first introduced in March and has gone through public hearings and multiple revisions.

“Is it a perfect bill? Probably not, nothing is,” Harder said. “Will this bill help create an environment of competition and inclusion, not exclusion, for construction projects in the county? I believe so. Will we, as a council need to make sure that the goals of this bill are monitored and tweaked as necessary? Yes. Will all safety protocols be followed? Of course, just like they are now. So what’s missing? I’ll tell you what’s missing. The same person who is missing most of the time, the County Executive.”

Harder said that the bill does not have the flaws that the County Executive stated in his letter of objections, but that it will create an environment of competition and fair play for the best work product that the county taxpayers can afford.

“It’s time to make St. Louis County a great place to live, work and play,” Harder said before voting yes on the override.

The override for Substitute Bill No. 1 for Bill No. 136 passed.

There will not be a county council meeting next week. The next regular meeting will be held on Wednesday, Nov. 7th at 4:00 pm.