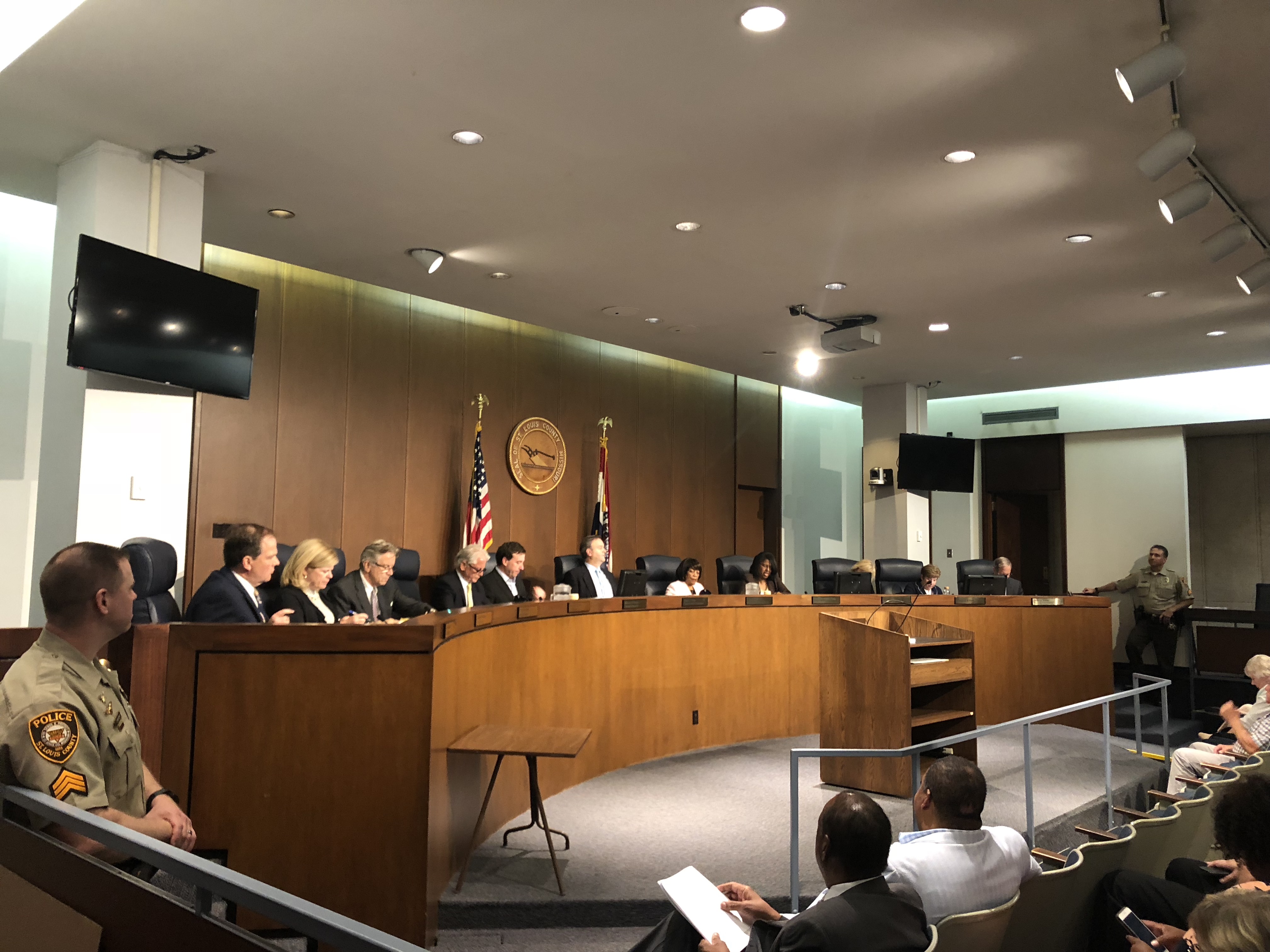 This week the County Council met at their usual time on Tuesday evening. The Council came to an agreement regarding the issue with Proposition P and the funds used for raises and compensation.

During the public forum, more residents and service justice workers came before the Council Members once again asking for a resolution on the bill and for the workers to receive the compensation they deserve.

Councilman Mark Harder asked for the floor to request a progress report in regards to the meetings on the subject of Proposition P. Councilwoman Hazel Erby explained that just like last week she had no new information. “I have talked to everyone that I can,” Erby said. “Ask the County Executive why he won’t give the raises. Why he is just sitting on it.”

Last week, County Council met on Monday afternoon, Aug. 13, and was addressed about the progress of Proposition P. The meeting ended with Councilwoman Erby wondering why nothing was being done, questioning County Executive Steve Stenger, and saying that he does not represent the people.

Councilwoman Colleen Wasinger addressed the hurt that the workers are going through and worked with the rest of the Council Members to set a day to get the process moved forward with the bill.

“We agreed on the amount, we are just looking for the right mechanism,” said County Executive Stenger. Stenger explained that the process could take up to seven days to get finalized in order to go before the Council Members. “I think that we can have it to you within seven days. Let’s move forward and get this thing resolved.”

The Council Members and the County Executive discussed that the issue they are currently facing with Proposition P is classifying the nurses and public safety workers. County Counselor, Peter Krane, is in charge of putting options together for the “reclassification or redistribution” of the funds from Proposition P.

Councilman Harder requested that Krane set up a meeting to discuss the options with “two to three Council Members and the County Executive, not Council Assistants.”

The final decision was to have the permits given to Council Members and County Executive on Friday to review over the weekend and then meet on Monday to then be ready to discuss during Tuesday’s meeting.

Next week, County Council will meet at 10 a.m. on Tuesday, Aug. 28th at 105 S Central Ave on the 1st floor in the Ceremonial Courtroom.