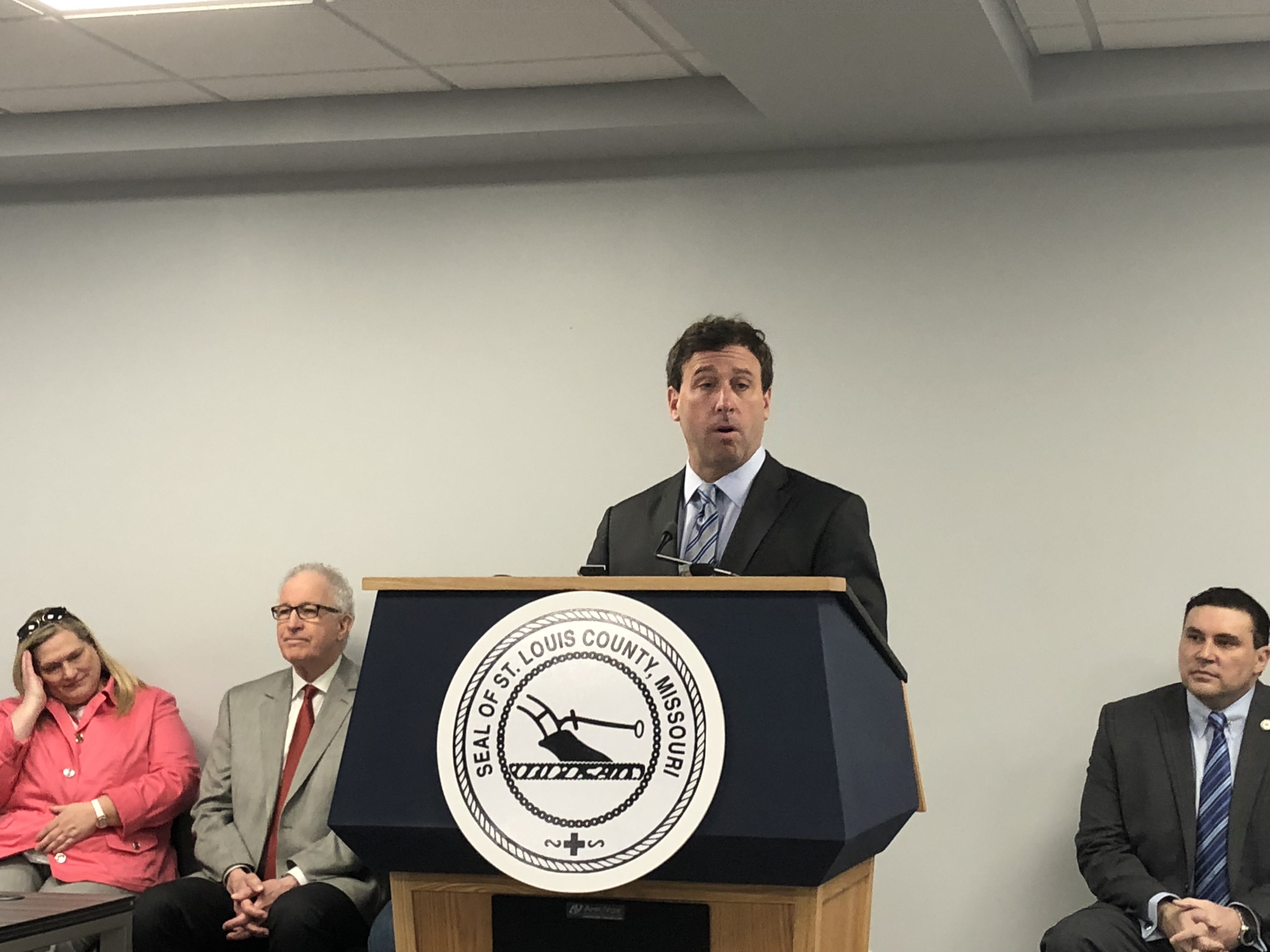 The report alleges Stenger and his staff ignored the advice of the St. Louis County Department of Public Works when negotiating the leases of  Northwest Crossings (NWC), which went to the county’s Workforce Development, Board of Elections and a satellite office for the county assessor.

Those leases include contracts with Bob and David Glarner, who according to the report have given Stenger over $365,000 as of April. The report goes on to describe the handling of the leases as unusual.

According to the report, officials with Public Works told Stenger’s office entering into the new leases in Northwest Crossings would cost more than continuing existing leases and that the terms of the leases were more strict than others.

“The council’s report is a baseless, politically motivated, August election hit piece. The Crossings at Northwest is one of the great economic success stories in St. Louis County history,” Stenger said in a written statement issued after the meeting Tuesday. “The once-dead Northwest Plaza now supports over 2,800 jobs, over 20 employers and generates $328 million in annual revenue. We are proud of our part in this rebirth. Suffice to say, we are more than happy to have anyone review the matter and confident they will reach the same conclusion.”

The committee, including council members Ernie Trakas, Sam Page, Hazel Erby and Mark Harder are now recommending county voters “adopt campaign finance restrictions and eliminate the county executive’s authority to present spending proposals in a false budget plan, amend the purchasing code to require that proposals for a lease include a detailed cost analysis and have the council consider voiding and terminating the Northwest Crossing leases.”

This is yet another clash in a long line of them Stenger has had with the council in recent months. Two weeks ago they overrode five of Stenger’s vetoes, ranging from raises for county jail employees to a measure which would put a cap on political campaign contributions — both of which were recently approved by the council. Three of the five were charter proposals which will go on the August ballot.