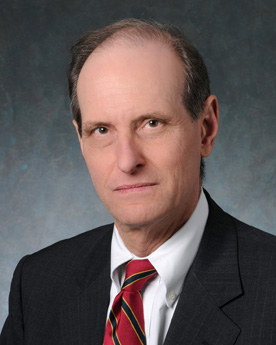 It’s no secret St. Louis has benefitted well from the Federal Historic Preservation Tax Incentives program to ignite historic redevelopment in the area.

Developers have leveraged $536 million in federal historic tax credits to bring in more than $3.2 billion in historic redevelopment in St. Louis in the last 13 years.

St. Louis developers and officials are now turning their focus and cautiously monitoring the tax reform discussions, especially close to home in Jefferson City, where Gov. Eric Greitens has put the state’s historic tax credits program and other tax credits on notice.

“I would have to think it would have a very negative impact because the state’s are often times an add-on, so if you don’t have a federal credit, does it even make sense to spend the time and money to get the benefits of the state money?” said Husch Blackwell Partner Ed Lieberman, who is team lead of the tax credits practice.

“I’m sure that in certain instances the state credit would still be valuable. I’m not saying there’d be no value there at all, but you so often see them coupled with federal credits. If those federal credits weren’t available I do think it would have a significant, negative impact.”

Lieberman said its a long shot state historic tax credits will be eliminated, but he and the many other professional services firms that rely on federal historic preservation tax incentives in St. Louis are concerned by the U.S. House Republicans’ tax reform plan, which proposes eliminating the historic tax credits to pay for corporate and individual income tax cuts, which could increase economic growth.

The U.S. Senate is currently drafting its own plan, which would differ significantly from the House’s plan.

“If the House version went through it would frankly, to be blunt, put our tax credit team out of business,” Lieberman said. “It would have a significant, negative impact on any professional — lawyer, accountant, investor and anyone who works in the tax credit arena.”

Lieberman said Husch, which has handled many rehab projects in St. Louis, may have to transition its attorneys working in the St. Louis practice to other locations if programs are repealed. Lieberman’s practice does work in about 40 other states and has offices in Kansas City and Denver.

“We’d have to transition many of them, and that’s not something we want to do,” Lieberman said.