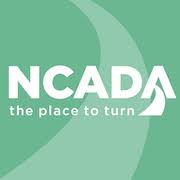 ST. LOUIS – This morning National Council on Alcoholism and Drug Abuse released data announcing a new record in opioid related deaths for the metropolitan area in 2017. In sum, 760 deaths were related to opioids, primarily driven by heroin and fentanyl.

“Once again, we are stunned by a new record overdose deaths,” stated Nichole Dawsey, Executive Director of NCADA. “While this increase of 6.7% is far lower than the previous year, losing an average of two lives a day is unacceptable.”

Between 2015 and 2016, the region saw a 37% increase in opioid overdose deaths, primarily driven by an increase in the prevalence of fentanyl. 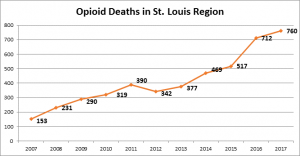 “Thanks to grants like the MO-HOPE Project and Missouri Opioid State Targeted Response, naloxone and treatment are becoming more readily available for people struggling with opioid use disorder,” said Brandon Costerison, MO-HOPE Project Manager. “Unfortunately we have not yet been able to reverse the trend the region has seen since the mid-2000s.”

“We must take a comprehensive view of addressing this crisis,” Dawsey elaborated. “There are necessary interventions, including increased access to treatment and harm reduction strategies that will save lives. However, until we prioritize prevention, and work to address the underlying causes of addiction, we will continue to see the numbers of people struggling with substance use disorder continue to increase.”

NCADA is a community health organization that works to prevent and reduce the harms associated with alcohol and other drugs through education, intervention, and advocacy.