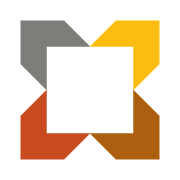 Fighting Terrorism: The Role of the Regional Freight Network in the Event of a Complex Coordinated Terrorist Attack

ST. LOUIS, Mo. – The St. Louis Regional Freightway will focus on the timely topic of terrorism at its Fall Industry Forum on Dec. 12th on the 6th floor Board Room at Bi-State Development Headquarters.

The East-West Gateway Council of Governments, St. Louis Area Regional Response System (STARRS) and the United States Coast Guard will be there to talk about the regional plan they are developing and the capstone exercise for use in the event of a complex coordinated terrorist attack (CCTA).

“While we all hope that we never experience the devastation of a terrorist attack in the bi-state region,” Mary Lamie, executive director of St. Louis Regional Freightway said. “We have to recognize that the potential for such an incident exists and need to do what we can as a community to prepare.”

“Given the St. Louis region’s vital role as a central freight transportation hub for the nation,” Lamie said. “Those plans have to include protecting our freight network.”

The Fall Industry Forum will be held from 8:30 am to 10:00 am on Dec. 12th at the Bi-State Development Headquarters, 6th floor Board Room, 211 N. Broadway, St. Louis, MO. The public is invited to attend and tickets are still available for purchase here.