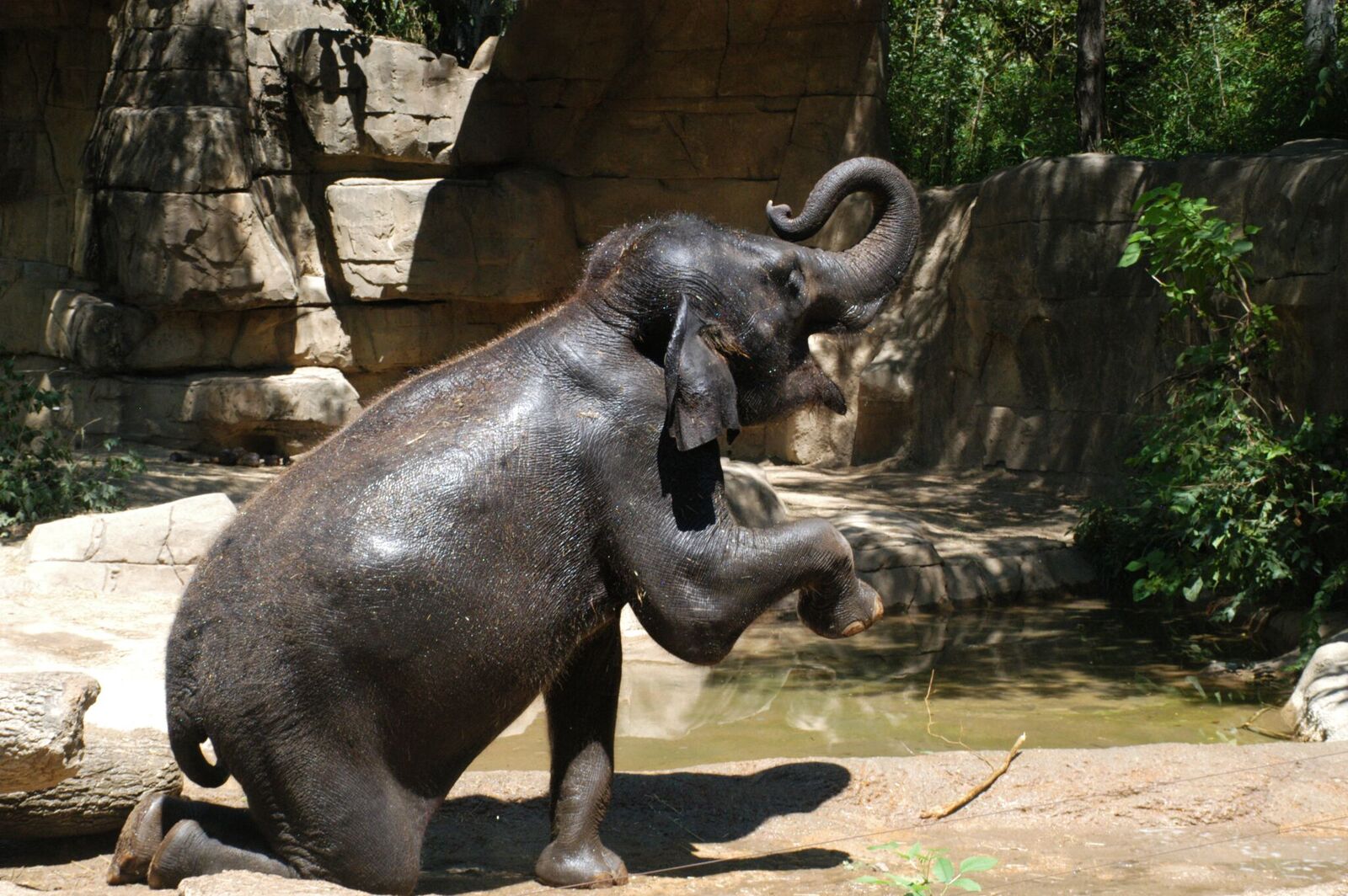 The St. Louis Zoo and Grant’s Farm will celebrate an annual event that hopes to bring awareness to the world’s wild elephant population on Saturday.

World Elephant Day is observed across the world every year and the St. Louis Zoo will have a special World Elephant Day keeper chats that will allow the opportunity for zoo visitors to ask the zookeepers questions regarding what dangers wild elephants face everyday.

Katie Pilgrim-Kloppe, zoological manager at the River’s Edge located inside the St. Louis Zoo, said 96 elephants a day are poached for their ivory tusks, and by celebrating World Elephant Day, the zoo hopes to enlighten zoo visitors on the dangers that elephants face everyday.

“Unfortunately, the elephants both the African and the Asian elephant species, are under threat from poaching and habitat lost. In particular for African elephants, there’s been a recent study done that about 96 elephants a day are being poached for their ivory,” Pilgrim-Kloppe said.”There’s in fact a partnership with the zoos and it’s a program called 96 elephants to help bring awareness about the plight of the African elephants and the threat that they’re facing from being poached for ivory.”

Additionally, she said that Asian elephants face their own unique challenges as their habitat becomes more untangled with human interference.

“With the Asian elephants, they’re losing more habitat. Habitat loss is their biggest threat and some reasons for that are just general: human population growth was encroaching on their area, there’s been some human-elephant conflict,” she said. “With the encroached areas, people are planting and developing land and clearing forest, which is their habitat to plant palm oil plantations.”

96 elephants are illegally killed for the ivory every day in Africa. According to the Association of Zoos and Aquariums (AZA), there are currently 162 African elephants and 137 Asian elephants in the AZA Elephant Species Survival Plan. That means that there are more elephants killed in three days than are living in all of the AZA-accredited zoos combined, according to the St. Louis Zoo.

Additionally, the zoo will “Go Grey” on its social media channels throughout the week to show support of the elephants and hopes the public will do the same. 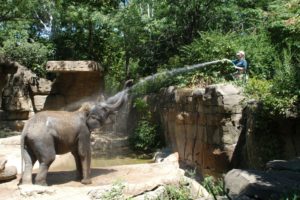 “This weekend come out to the zoo, our theme is #GoGrey and join the stampede,” she said. “If visitors come out and want to show their support, we’re asking them to wear some color of grey and they can also take an ‘elphie’ which is a elephant version of a selfie. Visitors can come by a trail and see an elephant in the background and snap a photo and post it to the zoo’s website.”

Grant’s Farm will be hosting elephant awareness events and demonstrations from 10 a.m. to 4 p.m. on Saturday as well.