Steamed bun shop Bao to open in Clayton this month

There are several Chinese specialty restaurants around St. Louis, but none quite like Bao, a unique new Asian-inspired restaurant scheduled to open in Clayton later this month.

The restaurant that focuses on a Chinese staple, baozi (bao for short, also known as steamed buns), will open in the former Coastal Bistro & Bar space at 14 N. Central in Clayton. 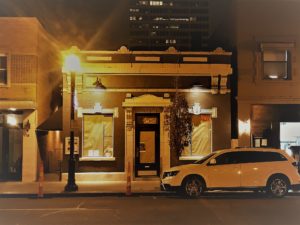 Bao is independently-owned and is the first of its kind in St. Louis.

The restaurant has three partners, all of Thai descent. They also own Blue Elephant Royal Thai Cuisine at 7816 Forsyth, just around the corner from the new venture.

Co-owner R.J. Xu said the restaurant, which seats 50, would initially focus on breakfast and lunch service, with a menu featuring several styles of steamed buns. Eventually, Bao would expand to included dinner service with a selection of Asian dishes, including Chinese and Japanese fare, along with the buns.

The menu and opening date is still being finalized. While several types of bao will be offered, the traditional closed bun as well as the open-faced Taiwanese version, gua bao. The beauty of bao is their blank-canvas versatility. Fillings often run from pork belly, beef, chicken, and vegetables, to sweets like chocolate and custard.

Bao will go before Clayton’s Architectural Review Board and Plan Commission Tuesday night to seek approval for a new sign outside of the property, marking another step forward for Clayton’s newest restaurant.

City staff is recommending that the sign be approved, while the Board of Aldermen gave unanimous consent to grant Bao a liquor license at last week’s meeting.

4,940 thoughts on “Steamed bun shop Bao to open in Clayton this month”