Stenger and Page at it again: only this time regarding the 2018 county budget 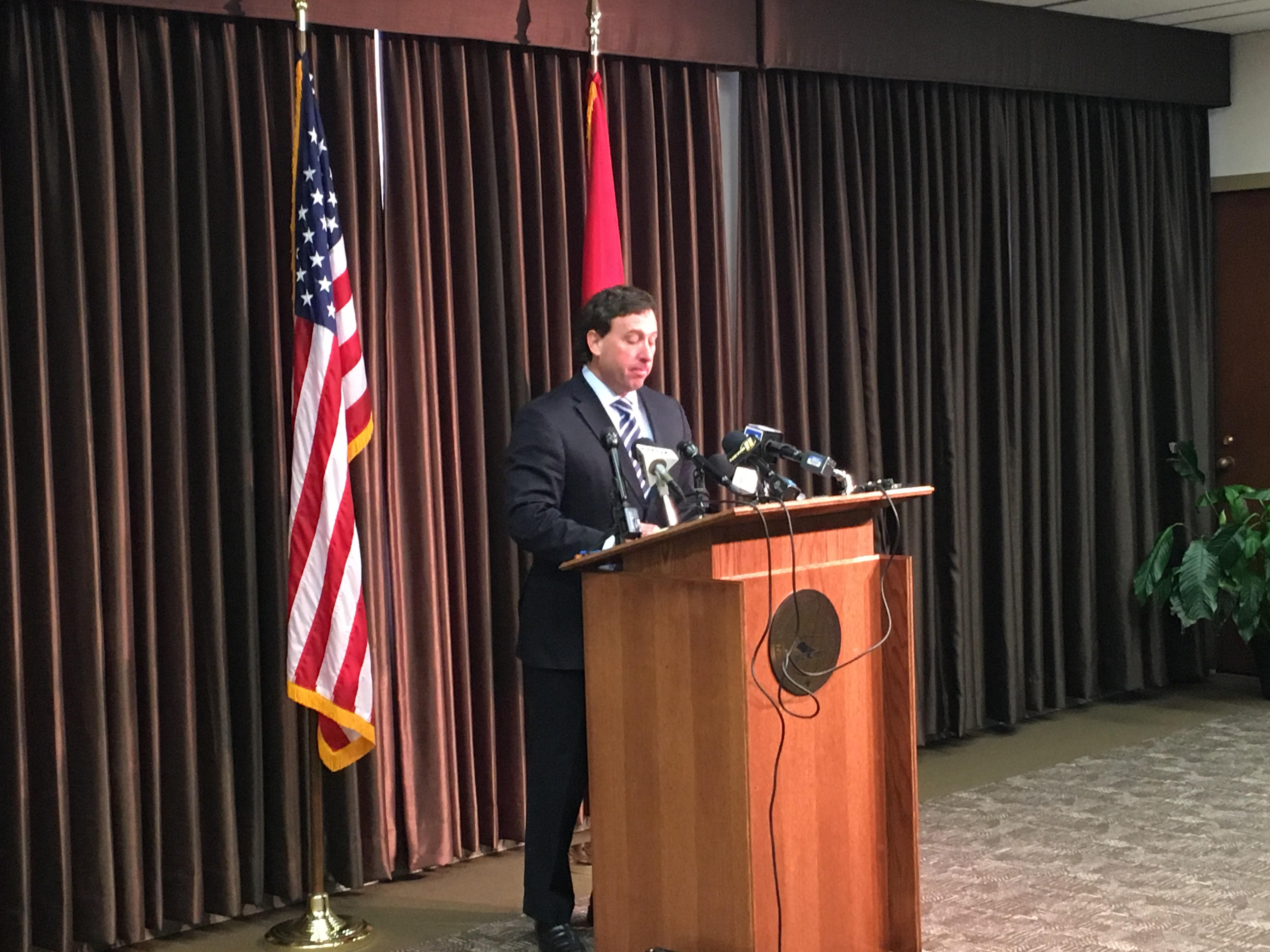 In a press conference held on Tuesday, St. Louis County Executive Steve Stenger rebuked Councilman Sam Page’s claims that the county budget was out of balance.

Late Monday, Page released a letter to Stenger suggesting that there was an “impending financial crisis” due to the county executive’s staff reportedly saying they would need $18 million in either cost reductions or property tax increases in order to submit a balanced budget next year.

Stenger said Page’s claims were false and in fact the county’s bond rating was awarded a prestigious honor.

“County government will not increase taxes or cut services,” Stenger said. “Secondly, the county’s budget is sound and will remain so. In fact, in recognition of our healthy financial status, the nation’s top budget rating agency awarded St. Louis County the distinguished status of a triple-A bond rating. A coveted designation awarded to no less than 8 percent of governmental organizations in the United States.”

The county executive also said St. Louis County will continue to provide responsible budget decisions and will live within its means.

This is just the latest chapter in the war taking place in St. Louis County government.

Stenger told reporters at Tuesday’s press conference that he expects the lawsuit will be dismissed and that it was completely unnecessary.

“The status of the lawsuit is (that) we were served just a few weeks ago and we’re reviewing it for various legal issues,” he said. “I would anticipate that a motion to dismiss would be filed at some point to dismiss that lawsuit. I think it’s frivolous.”

The St. Louis County Council this week is scheduled to discuss the county’s proposed budget at various committee hearings, and on Tuesday the council will have its regularly scheduled meeting at the county government building.

5,759 thoughts on “Stenger and Page at it again: only this time regarding the 2018 county budget”