The legislation, which is sponsored by Councilman Sam Page, would accept and appropriate a grant for $20,000 from the United States Food and Drug Administration (FDA) for completion of a New Food Code Implementation Project to efficiently manage the environmental health programs of regulated facilities by adopting the most updated food code. 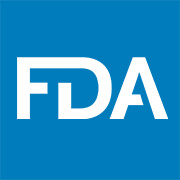 According to the FDA’s website, the food code “a model that assists food control jurisdictions at all levels of government by providing them with a scientifically sound technical and legal basis for regulating the retail and food service segment of the industry (restaurants and grocery stores and institutions such as nursing homes).”

The legislation would also subcontract with Accela Inc. in order to upgrade the county’s current system at a cost of $10,000.

Also on Tuesday, Councilman Pat Dolan is expected to introduce legislation that seeks to improve the conditions of Marine Avenue from McKelvey Road to Dorsett Road.

The legislation would authorize the county to enter a contract with Ellisville-based, L.F. Krupp Construction Inc., for $1,009,299.70.