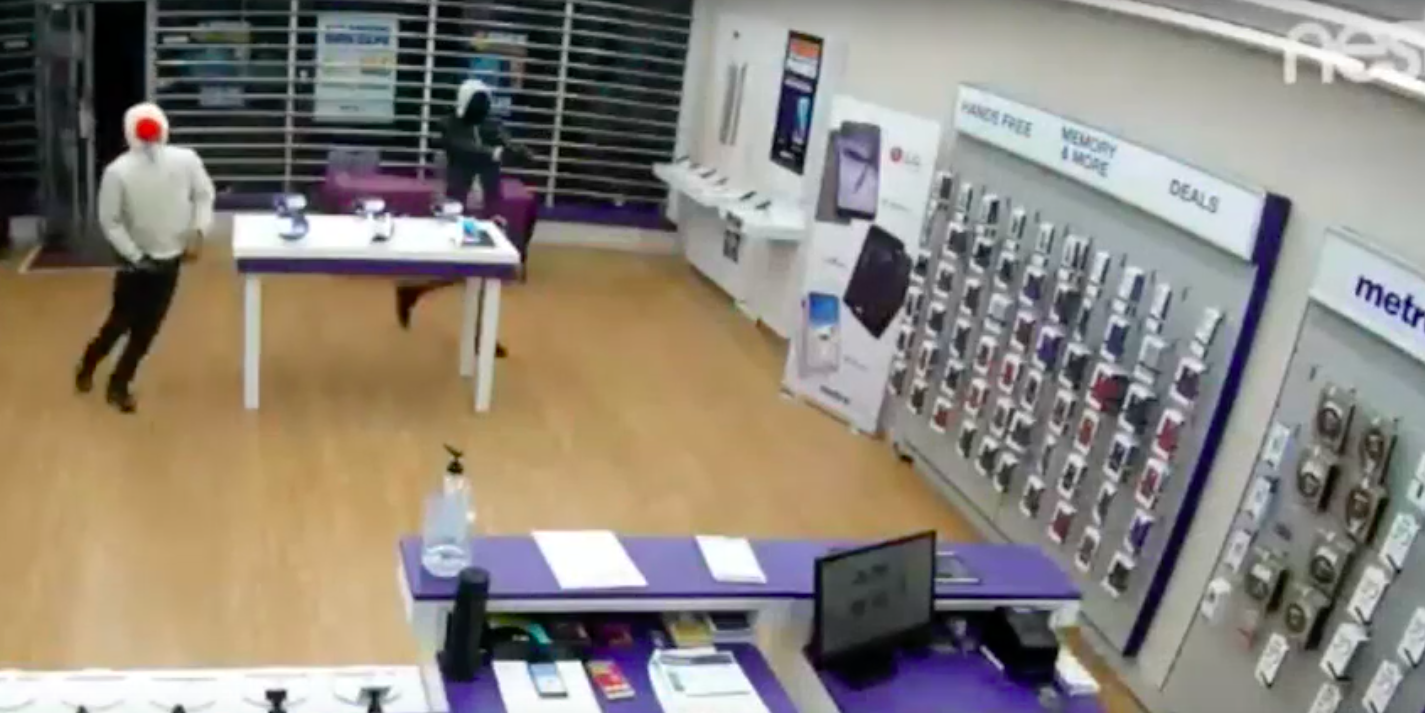 The St. Louis County Police Department are on the hunt for two suspects involved in a Jennings business robbery.

According to the police, the investigation revealed that two suspects entered MetroPCS, at 6902 West Florissant Ave. then one of the suspects displayed a firearm and began threatening employees.

The robbers made their way to front registers, then one of them located and removed a cash drawer from behind the counter. They immediately fled the business on foot and were last seen traveling eastbound on West Florissant.

The armed suspect is described as a black male in his 20s, around 6’ tall, with a medium build. He was wearing a black jacket over a hooded sweatshirt and a ski mask.

The second suspect is described as a black male in his 20s, approximately 6’ tall. He was wearing a white hooded sweatshirt and a ski mask.

The police also released video surveillance of the incident and encouraged anyone with further information to call them at 636-529-8210 or CrimeStoppers at 1-866-371-TIPS(8477).