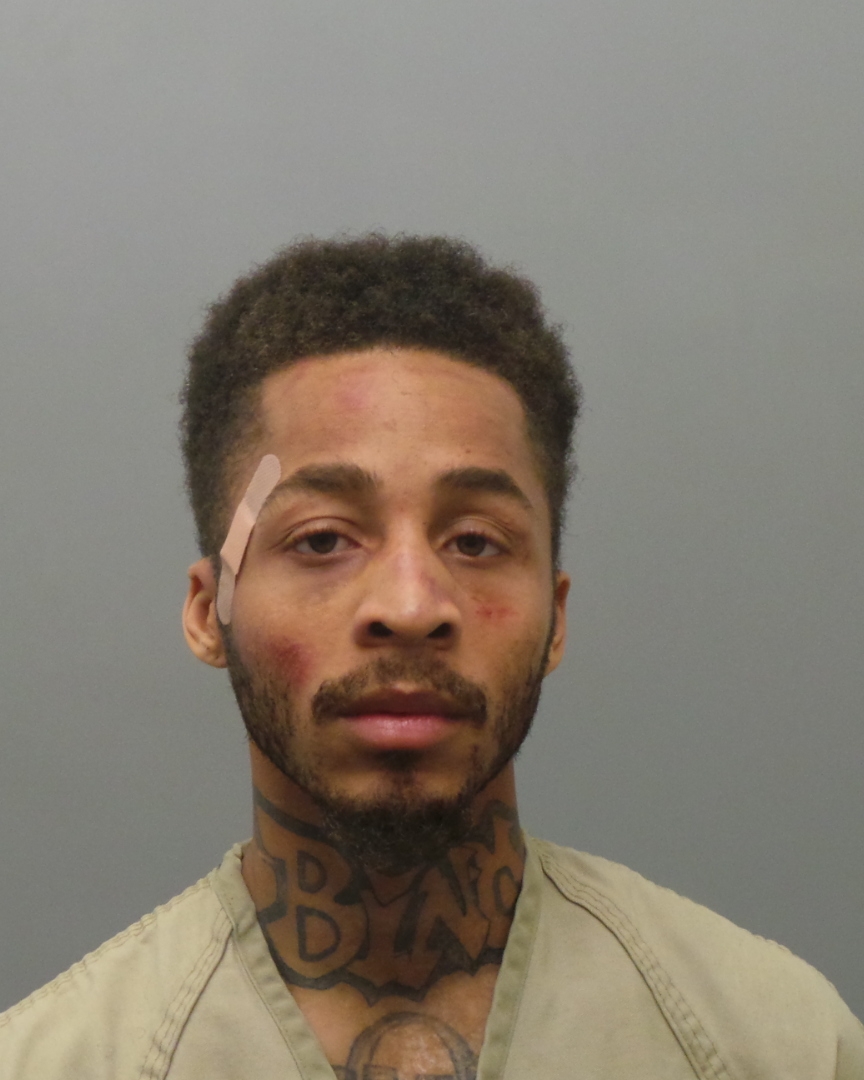 A man who fled police in a stolen vehicle in Dellwood was charged with resisting arrest among other crimes, police said Wednesday.

Eric O’Neal, 23, of Ferguson had felony convictions at the time of the incident Nov. 9, St. Louis County Police said. The two men and a 19-year-old woman were arrested out of a stolen vehicle that fled police. A fourth suspect escaped.

The Nov. 9 incident began when officers responded to the first block of South Schlueter Avenue about 1:43 p.m. for a call of shots fired out of a red sedan.

O’Neal was driving the sedan during the pursuit, police said. When police spotted him and three other accomplices getting in the car and attempted to arrest them, O’Neal accelerated at an officer, who jumped out of the way to avoid being hit.

Officers tried to stop the car but did not pursue when it fled, police said. Investigators learned both the vehicle and its license plates had been reported stolen.

Officers tried to arrest O’Neal and three other two suspects when they got into the car about 3:30 p.m. O’Neal then drove at one of the officers, police said.

The car fled, driving erratically, and police pursued the car until it came to a stop, where the suspects got out and ran, police said. Officers arrested O’Neal as well as a male and female suspect and recovered the vehicle and three guns, one of which was loaded and found in the driver’s seat, police said. A third male suspect fled on foot.

O’Neal was charged Nov. 10 and eventually released from police custody. Officers arrested him again Tuesday, when he tried to flee on foot and physically resist arrest, police said. He is being held with bail set at $150,000.

O’Neal was charged Wednesday with unlawful possession of a firearm, two counts of resisting arrest for a felony, and one count of fourth-degree assault in connection with the incident.

O’Neal’s criminal record includes guilty pleas to felony theft and felony robbery charges out of St. Louis County in 2011, felony tampering with a vehicle out of Berkeley in 2012, and resisting arrest for a felony out of St. Louis in October, according to court records.