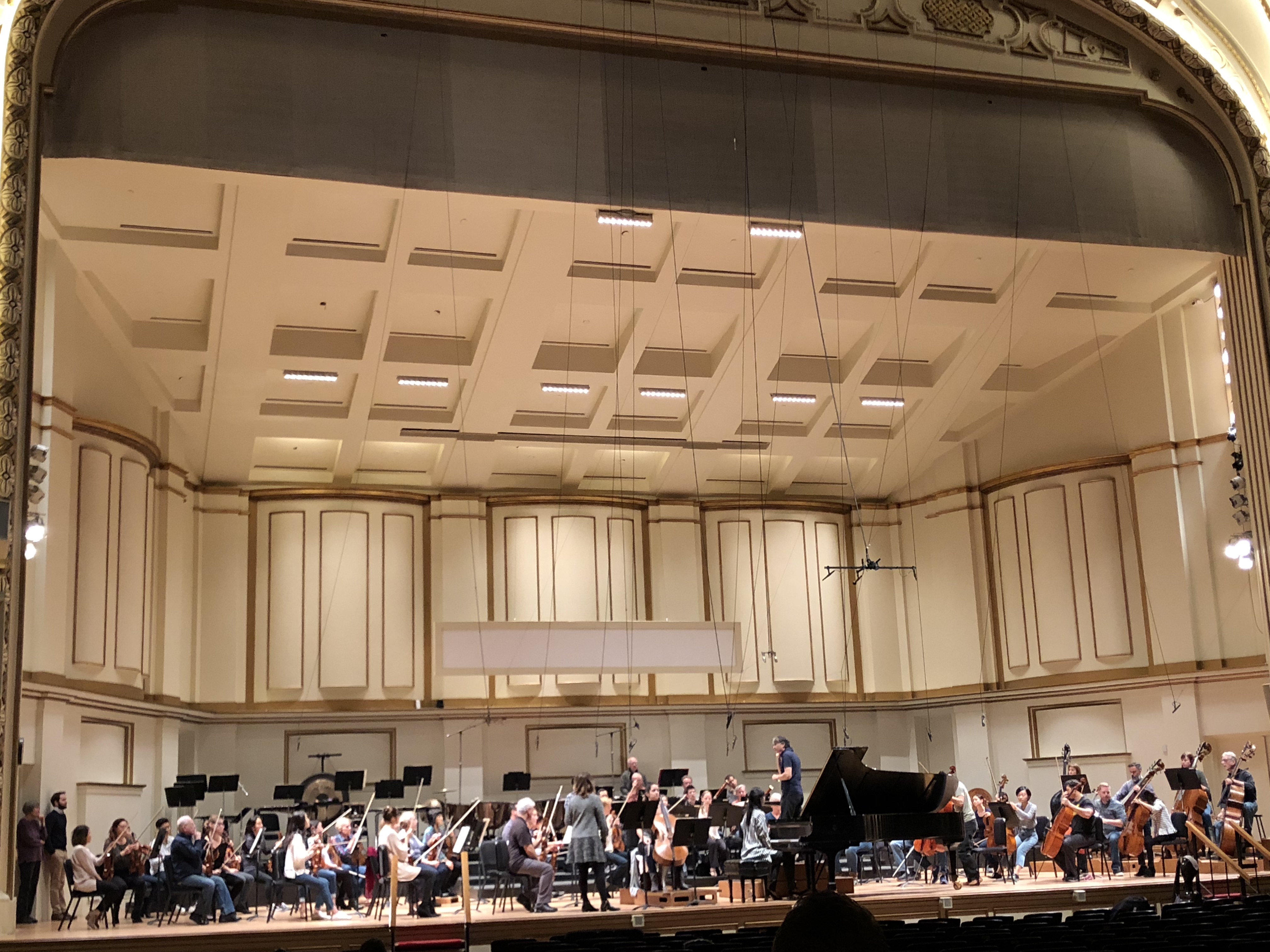 ST. LOUIS, Mo. – The St. Louis Symphony Orchestra (SLSO), the second-oldest orchestra in the country, shared an open rehearsal with the region’s media outlets for a behind-the-scenes look at the work of the orchestra on Friday.

“Media Day is one of many ways the St. Louis Symphony Orchestra connects with the community,” SLSO Public Relations Manager Eric Dundon said. “We value the relationships built with local reporters and look forward to sharing the impact the SLSO has in the St. Louis area through our trusted media partners.”

Beethoven’s “Triple Concerto” was written in 1808. The piece features three solo instruments outside of the orchestra. It was first performed by SLSO in Dec. 1939, conducted by Vladimir Golschmann with soloists Ray Lev, Scipione Guidi and Max Steindel. In 2002, the piece was performed again by SLSO with conductor Alasdair Neale and soloists Seth Carlin, Peter Otto and Ilya Finkelshteyn.

This weekend’s performance is conducted by Märkl with soloists Elizabeth Roe on piano, Celeste Boyer on violin and Melissa Brooks on cello. 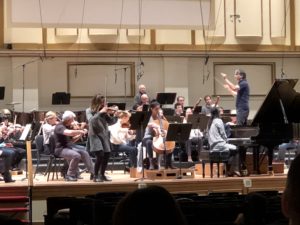 Märkl recently appeared with SLSO in Nov. 2017. He guests conducts leading orchestras in North America, Asia and Europe. He was honored in 2012 with the Chevalier de l’Ordre des Arts et des Lettres in recognition of his achievements in Lyon.

Roe most recently performed with SLSO in Nov. 2016. She made her first concerto debut with the Chicago Philharmonic when she was 15 years old. She is the recipient of the William Petschek Piano Debut Recital Award.

Boyer joined the SLSO as Second Associate Concertmaster at the beginning of the 2011/2012 season. She began her musical studies when she was three years old. She was the Bronze Medalist at the International Competition of Indianapolis in 2006.

Brooks has been a member of the SLSO for over 25 years. She graduated from both Juilliard Pre-College Division and New England Conservatory with Distinction in Performance. Receiving numerous awards and honors, Brooks was also nominated for an Avery Fisher career grant in 1988.

Wagner’s The Ring: An Orchestral Journey was first performed by SLSO this week, compiled by Märkl. Wagner’s piece was originally written as a 1600 hour piece and Märkl arranged it into 45 minutes.

Märkl explained in the program that Wagner’s piece is a rare chance for SLSO to play because it is not part of the “standard concert repertoire”.

Closing in on its 2018/2019 season, SLSO shared that they expect to have 40,000 patrons attending performances at Powell Hall between Thanksgiving weekend and New Year’s Day.