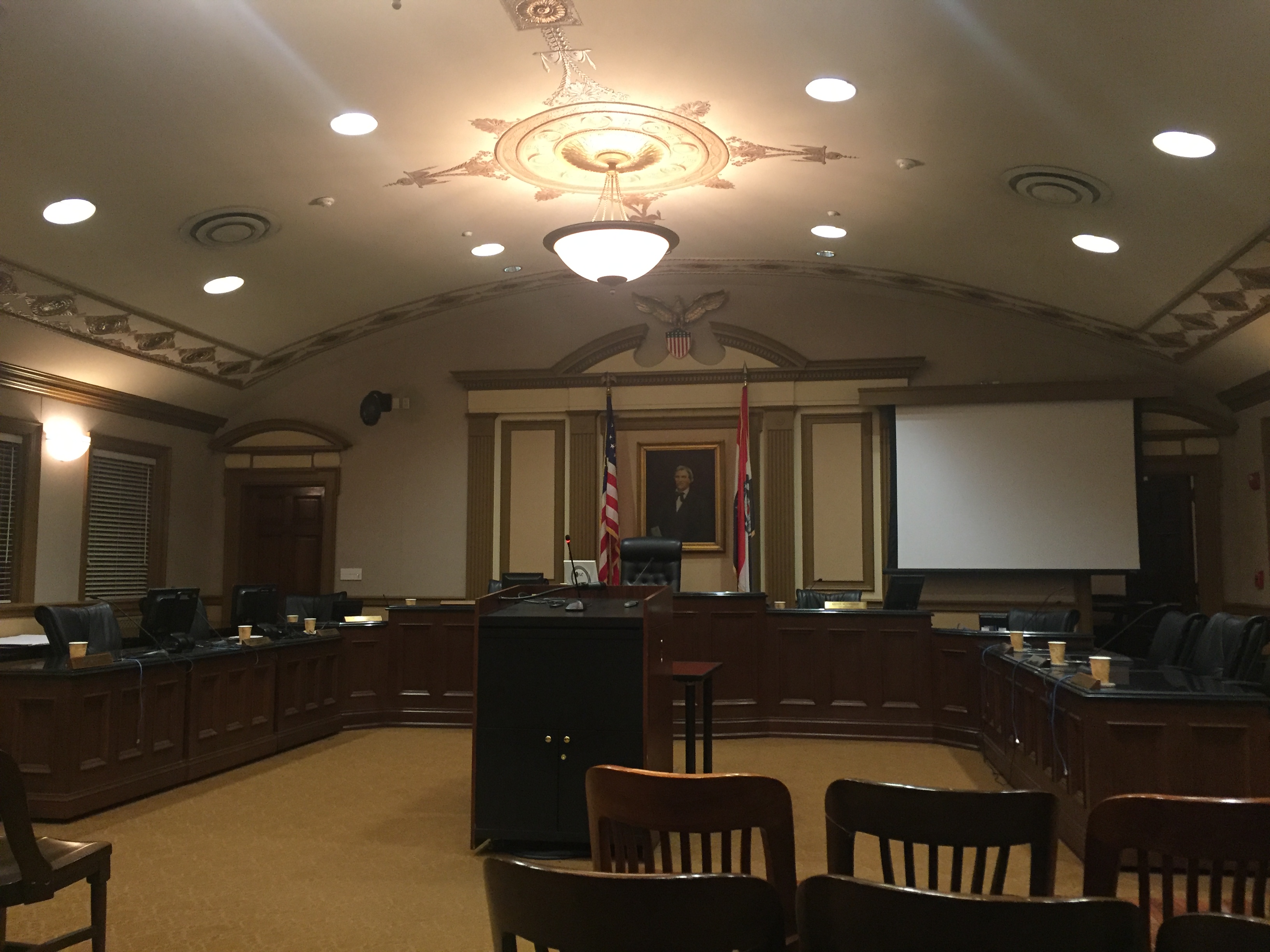 By this time next month, Clayton residents will see at least one fresh face on the Board of Aldermen, with one of its six current members not seeking re-election.

With a little over three weeks to go before Clayton’s municipal elections on April 3, and one open seat up for grabs in Ward 3, here’s a look at who’s running and what they’re promising.

Alex Berger III’s decision not to run for another term broke this race wide open. Berger III’s three-year term will expire next month, leaving Bridget McAndrew and Andrew Galakatos to face-off for one of Clayton’s downtown district seats.

McAndrew has lived in the ward’s boundaries since 2010 and has some experience running in this election.

McAndrew challenged then incumbent Berger III for the Ward 3 seat in 2015, losing by 21 votes (432 to 411). McAndrew said she’s better equipped to win this time around.

“Three years ago I was definitely a rookie running for office. I guess I knew a little bit more what running for local office was going to entail this time around, in terms of walking door-to-door, getting mailings out and certainly seeking endorsements from people,” McAndrew said. “I obviously can’t meet everybody in our ward but I think people appreciate seeing their neighbors on endorsement lists. I think that’s an important part of Clayton politics.”

Nearly 900 new living units will be available in Clayton once the Barton is finished. That does not include the most recent approval of the Shaw Park Tower at the corner of Forsyth and Brentwood Blvds., which will bring even more available living space to Clayton.

“I think people are excited by it, some people less than others, but I think people are little nervous about once Centene is done, what kind of traffic it’s going to bring,” McAndrew said of the development. “I think people are still just cautiously optimistic about what all the new apartments will bring. That is certainly what people talk about the most.”

McAndrew said public safety is another big issue, and that the city has done a great job addressing some of the concerns surrounding break-ins and carjackings. She added that many of the people in high-rise buildings in her ward are concerned about need for more firemen.

As for the other issues she’s looking forward to tackling, McAndrew said she’s aiming to see some family-friendly downtown growth. That would include supporting infrastructure that is conducive to walking and biking — a key component of bringing new people to cities, she said.

Galakotos’ neighborhood has faced multiple challenges he said, which have served as a catalyst for his decision to run for alderman.

Like McAndrew, chief among them is the high-rise building that’s going on in his neighborhood.

“My concern is that all of the high-rise building that’s going on is catering to apartments, and the apartments, really on a national level, are tenants that are there for and average for three years, and the buildings themselves are owned by corporate,” Galakatos said. “So you’ve got all these high-rise buildings going on that are going to be owned by people that really don’t have a vested interest in the city itself.”

“With all my appearances before the Board of Aldermen and Architectural Review Board, I never had the intention of running for alderman,” he said. “However, just before the deadline I got calls and they said I’ve been very open at those meetings, where I’ve presented facts and I’ve challenged the elected.”

“We, you and I, may disagree on certain issues…that is inevitable. But you will know that your opinion, your input will count…enough to change my mind,” Galakatos said in a campaign message. “Clayton is a great place to live, to work, to build a business and to raise a family. It is up to all of us to help keep it that way.”

Clayton has a total of six aldermen, two from each ward. The winner of the election will join Ward 3 Alderman Mark Winings in representing the board. Blair I. Kaiser is challenging incumbent Alderwoman Joanne Boulton for the Ward 1 seat in the first contested aldermanic election in Clayton since 2012, while current Alderman Ira Berkowitz is running unopposed in Ward 2.