Voters will get final say on Clean Missouri 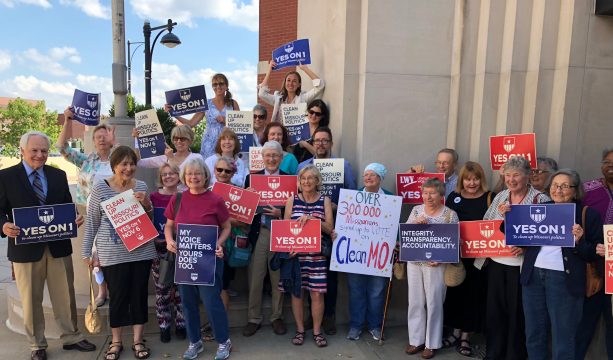 JEFFERSON CITY — The Missouri high court won’t reconsider a ruling that is allowing voters to decide on a ballot measure seeking to alter the state’s ethics laws and redistricting process.

The Missouri Supreme Court’s decision reaffirms the decision made by the appeals court last week, which overturned a lower court’s ruling, to let the Clean Missouri amendment appear on the general election ballot.

Opponents to the measure — which will appear as Amendment 1 on the November ballot — alleged that it violated the state’s constitution by addressing too many subjects and multiple articles of the constitution.

Clean Missouri is a proposed constitutional amendment that would impose gift limits for legislators, lower campaign contribution limits, change the length of time required before becoming lobbyists, and change the model for drawing districts.

The appeals court determined that all the provisions within the measure are connected and only encompass one subject: the General Assembly.