JEFFERSON CITY, Mo. – Republicans have claimed two seats to add to their supermajorities in the Missouri General Assembly with two special election victories on Tuesday night. 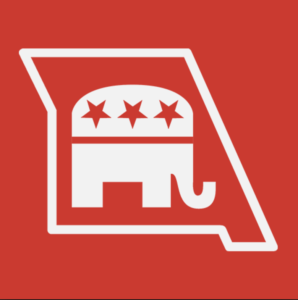 The race proved to be a close one, with the Republican securing a victory by a margin of 52 -48, winning by 298 votes.

“It truly is a wonderful life,” Walsh said. “America is the land of opportunity, and if you dream big, you can make your dreams come true. And today they did. I love the people, and I want to work hard to represent them and listen to them. I intend to be a full-time representative, so when I’m not in Jefferson City, I will be in the district serving people, listening to people and building connections to better serve.”

A number of state legislators could be seen at Walsh’s watch party in Ashland on Tuesday night, all of whom said they were there to support Walsh, who had at one time or another worked to help them in their races.

The race for Senate District 28, however, proved an easy victory for Rep. Sandy Crawford, facing Democratic candidate Albert Skalicky. Crawford carried the district with nearly 70 percent of the vote, doubling Skalicky’s numbers for a victory. The final tally was 68-32, with Crawford winning by more than 5,000 votes.

The conservative Crawford was first elected to Missouri House of Representatives in 2010, and before that worked as a banker for thirty years. With the victory, she takes over the seat following Lt. Gov. Mike Parson, who gave his endorsement to her campaign.

“I am honored to have the opportunity to serve as the 28th District’s voice in the State Senate, and I look forward to fighting for our region’s rights and values when session begins next year. Moving forward with common-sense, conservative legislation to lower the tax burden on families and small businesses, reduce the size of government, and protect Missouri values will be my top priority,” Crawford said in a statement.