What’s next for REAL ID? 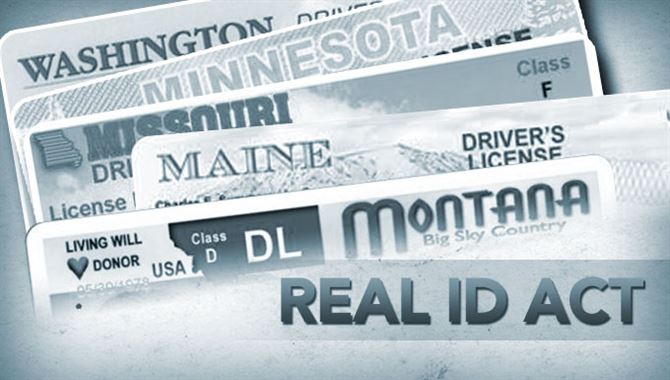 JEFFERSON CITY, Mo. – After years of fighting against the federal identification standard, the Show-Me State has passed legislation to begin implementing REAL ID.

The changes are expected to take up to two years to fully be implemented at the state level, but during that time, Missouri qualifies for a waiver from the federal government.

That waiver would allow people to still use their current IDs until the new system goes live across the state. But first, the state needs to seek an extension from the Department of Homeland Security.

The first step in that process has already been taken, with the Missouri members of the U.S. House of Representatives sending a formal letter of request to Secretary John F. Kelly, the head of the Department of Homeland Security. The letter was sent one day after the signing of the REAL ID bill by Governor Eric Greitens. It requests that like 27 other states and territories before them, Missouri should receive a waiver and extension.

“In light of Missouri’s legislative action and clear steps to comply with federal REAL ID standards, as elected officials who represent millions of those impacted by both the 2005 federal law and this most recent change in Missouri Driver Licenses, we request the Department of Homeland Security expeditiously issue Missouri a grace period as the state works toward compliance with the REAL ID Act of 2005.”

Following the granted waiver, the Department of Revenue (DOR) can begin issuing the compliant licenses. Earlier this spring, the department told state lawmakers they would be ready to comply on August 28, but it’s still not certain exactly when the system would be fully ready. The DOR estimates it to take somewhere in the realm of 18 months from the effective date.

At that time, DOR will begin the process to reach certification with the DHS. During that time, several internal and external processes will need to be changed or upgraded to obtain certification.

But unlike some of the other states, Missouri’s version of the REAL ID law allows the citizens of the state an option to choose either a REAL ID issued by the Department of Revenue or a non-compliant one. The new law also includes provisions that make it a crime to misuse or distribute a driver’s data, while also banning the storing of Social Security numbers in a database in which the federal or state government, with a few exceptions left in place.

The REAL ID standards require more data and information on the applicant, which is to be stored in a database. The legislation passed this session says that database is to be housed by the Department of Revenue in a “secure facility,” but it also requires that database to not be connected to any commercial internet in order to avoid hacking.

The state would still need to decide what kind of database system should be used, and exactly where it would be stored prior to August 28, the day in which the law takes effect.

The real issue here is that, officially, the current state laws prohibit DOR from moving forward with anything until the law takes effect in August. Currently, the state has set aside nearly $500,000 in the budget for the law.

Currently, the state has set aside nearly $500,000 in the budget for the law. As for the cost to switch to a REAL ID-compliant license before the expiration of a current license is the full price of a license, $16.

So what can people expect to see when it comes to changes? Very little, it seems, at least when it comes to the appearance of the new ID. The look of the ID will not change, other than the addition of a gold star which signifies REAL ID compliance.

The real changes are behind the scenes, mainly in the receiving and storage of data, and the training of personnel for the new process, particularly in the state database. That is what will take time: preparing and training staff to properly work the offices and learn the new processes.

Once Missouri has received certification from the DHS, the DOR will notify the public that it is time to request a compliant driver license or non-driver identification card if they choose to do so.

The DOR says that, for today, Missouri residents should continue to treat renewals and new license requests as they have in the past. Until then, it’s really just business as usual for Missouri’s citizens.