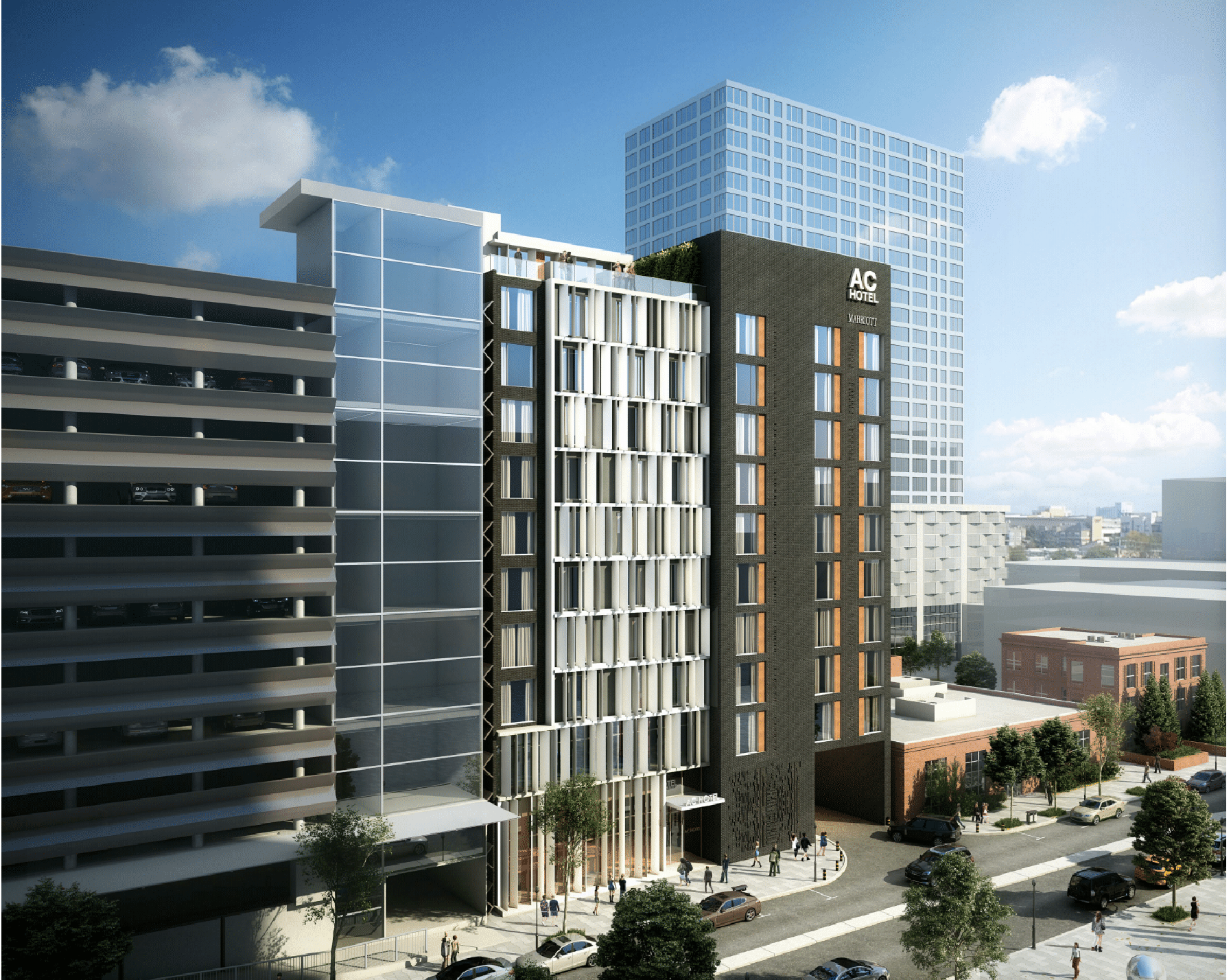 After about an hour of discussion, Clayton’s Plan Commission and Architectural Review Board gave a positive recommendation at conceptual review to plans for a proposed 12-story luxury hotel.

The 119,236 square-foot project, to be called AC Hotel by Marriott, is set to include ground floor restaurant space at 227 S. Central Avenue, on the site of the former Clayton Police Department Headquarters.

Though the comments made Tuesday are not binding, Plan Commission Chairman Steve Lichtenfeld said the design proposal fits in with the downtown Master Plan and what he and other city officials have envisioned for the long vacant plot of prime real estate.

“Our mayor has been looking for inspiring architecture and I think we’ve found it,” Lichtenfeld said. “You’ve done your homework. What you’ve stated fits in with our downtown Master Plan. We see this as quite exciting to bring added activity to the southern end of the city.”

Clayton’s Plan Commission still has to approve the hotel project’s zoning and design, and the sale won’t close until the developer obtains those approvals. The Board of Aldermen also must approve the project at a later date.

Led by Andy Holloran of Bozeman, Mont.-based developer HomeBase, the proposal calls for the tower to contain 218 luxury rooms, as well as 2,122 square feet of ground floor restaurant space and a 2,313 square-foot rooftop bar. Plans for the new project call include a fitness center, meeting space and rooftop patio and bar, which will be open to the public. A separate express elevator will take visitors directly to the rooftop amenities.

HomeBase bought the property from the city for $2.37 million in September and is partnering with St. Louis-based L. Keeley Construction on the $43 million project.

As a “select service” hotel, the ground floor will include a common area with a bar and restaurant as well as “European-style” breakfast for guests. The neighborhood is what provides the guest amenities, Holloran said.

“In the hospitality world, a select service hotel really means just that,” he said. “We love our location … being in the heart of Clayton where our guests can walk to 100 bars and restaurants.”

The proposed building will be constructed primarily of masonry and stucco with glazing metal accents, according to the proposal.

Plan Commission officials questioned the location of signage prompting guests on where to park and enter the hotel. Developers said they still need to conduct a signage study to come up with the right location.

The city also plans on subleasing 100 of its parking spaces in the Shaw Park garage to accommodate hotel guests.

The commission had questions on how guests and the public would be able to access and navigate around the garage.

Nicole Nathan of Johnson Nathan Strohe of Denver, the architect firm for the project, said they also plan to commission a traffic study and that the hotel will likely utilize a valet parking company.

“The garage has three ways out as of now, including an alley-way, but we plan on doing our due diligence to commission a traffic study to make sure that plan fits in with what you’re looking for,” Nathan said.

Clayton first sought out private development plans for the building next to the MetroLink station in the summer of 2015, which was followed up with a second request for proposals in February 2017. The city received four responses by April, according to its records.

The former Clayton Police headquarters building has been vacant since the department moved to 10 S. Brentwood Blvd. in 2013.