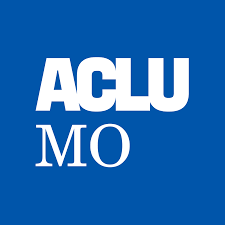 ST. LOUIS – On Tuesday, ACLU of Missouri announced its launch of a voter education effort to inform district voters about the new voting system in April’s Ferguson-Florissant School Board election.

The launch of the voter education effort includes canvassing throughout the Ferguson-Florissant district, a direct mail campaign, and a candidate forum. The forum will have various community partners including the Missouri State Conference of the NAACP.

“Now, the focus can be where it needed to be all along, a Ferguson-Florissant School Board that is responsive to the needs of the community,” Tony Rothert, legal director for ACLU of Missouri, said. “With a new electoral system in place that is line with the Voting Rights Act, the voices of all residents will be heard.”

According to ACLU of Missouri, the district’s voting system “diluted” the voice of African American residents. ACLU of Missouri filed a lawsuit on behalf of residents and the NAACP against the school district in 2014.

The federal court found the district in violation of the Voting Rights Act, ordering the district to implement a “fairer” voting system. The new system, referred to as cumulative voting, will give minority groups an “equal opportunity to gain representation in government.”

On April 2, 2019, voters in the Ferguson-Florissant district will use the new system to elect two members to the school board.

“We’re glad the court stepped in to remedy this moral injustice in the Ferguson-Florissant School District,” Nimrod Chapel, president of the Missouri State Conference of the NAACP, said. “African Americans must come out and vote to make sure that the district adequately responds to the needs of our community.”

In partnership with the St. Louis American, the Missouri State Conference of the NAACP, and iHeart Media, ACLU of Missouri will host a voter education program and candidate forum on Tuesday, March 26th from 6:00-8:30 pm at Greater Family Church (3690 Pershall Road, Ferguson, Mo. 63135).