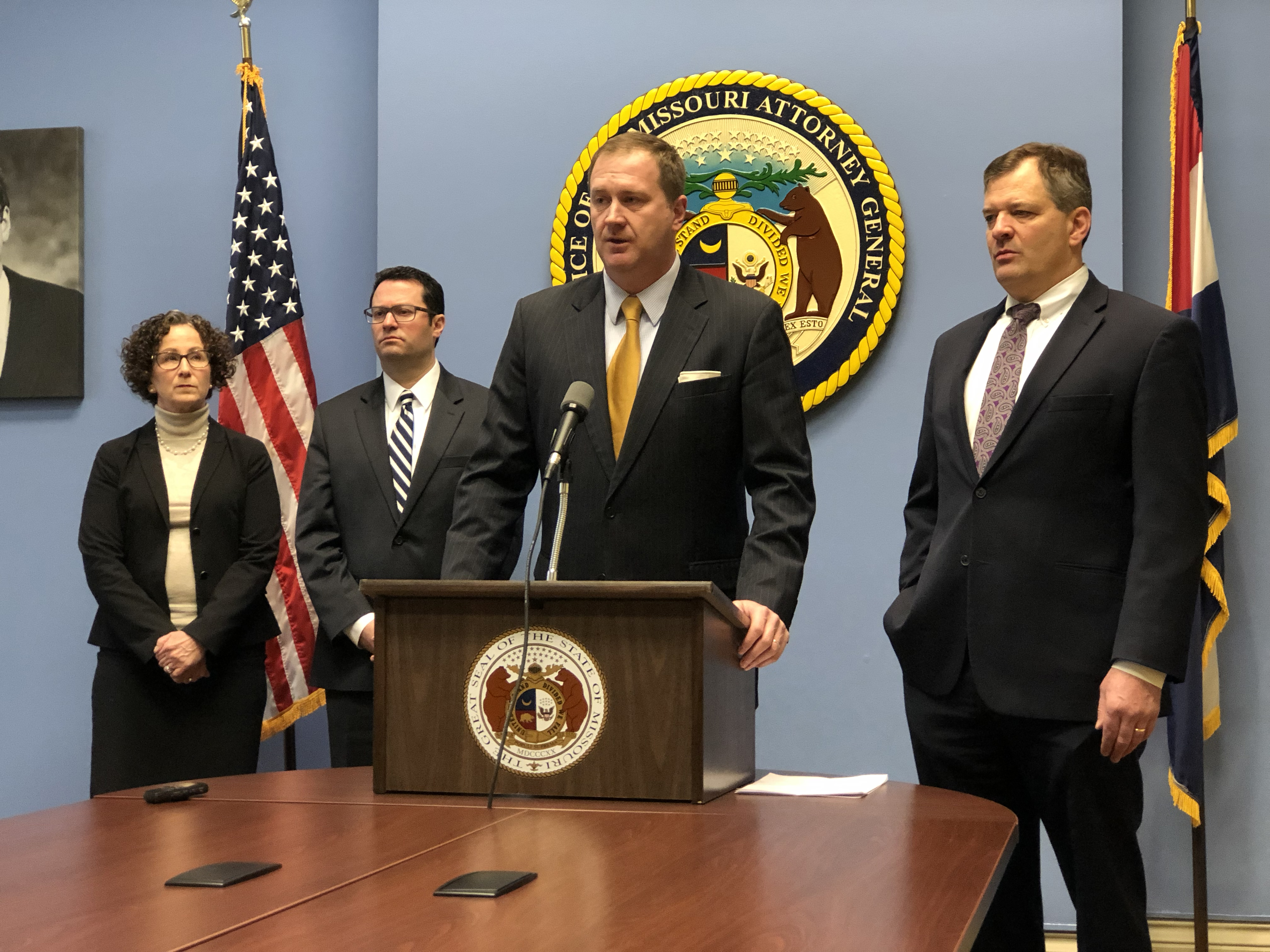 “I cannot stand idly by as our communities and lives are torn apart by violence, making people feel unsafe,” Schmitt said. “We’re here today to be part of a solution to violent crime in St. Louis.”

Schmitt, along with U.S. Attorney Jeff Jensen, Deputy Attorney General Cris Stevens and Chief Counsel Christine Krug, joined together in St. Louis to explain the logistics and timing of the initiative and how the partnerships between the Missouri Attorney General’s Office and the United States Attorney’s Office will work together to protect the city’s streets.

“In this partnership, assistant attorneys general on my team will be specifically designated to ensure the Attorney General’s Office can more fully prosecute violent crimes. These special prosecutors will handle all types of cases, specifically homicides, carjackings, and gun crimes,” Schmitt said. “They will work hand in hand with our federal partners to effectively prosecute violent crimes. These experienced prosecutors, under the direction of Stevens and Krug in our office and in partnership with U.S. Attorney Jensen and his excellent team, will focus on areas in the city where crime is most rampant.”

Schmitt noted that in 2018 there were over 180 homicide incidents. The City of St. Louis also experience 378 carjacking incidents, with more than one reported carjacking every day, stated by the data from the St. Louis City Police Department.

“These are not just alarming statistics,” Schmitt said. “Instead each of these crimes represents a person’s life that has been senselessly taken away or violently interrupted.”

Schmitt reiterated that it is his job and number one duty to keep Missouri families safe. He said that he wants families living in the region to feel like their children can continue to grow up safely while pursuing their dreams.

“We had some success last year within Chief Hayden’s rectangle of murders [that] went down about 20 percent. We’re developing [other areas] now in the city and the county where we can do more,” Jensen said. “We can really use some dedicated, experienced prosecutors to help us…”

Through the initiative, Schmitt said they plan to have three to five attorneys general assistants who will handle all types of federal cases, specifically homicides, carjackings, and gun crimes. According to Jensen, this will typically add 150 to 200 cases depending on the crime rate. Funding for the initiative’s attorneys will be through the Attorney General’s Office but supervised by the Attorney General’s Office and the U.S. Attorney’s Office in a joint effort.

Not only will the effort focus on Chief Hayden’s rectangle, which is considered to be a dangerous area for the region, but there will be increased prosecutorial support with local law enforcement in the city and the county. Schmitt noted that he has spoken with and offered services to assist Circuit Attorney Kim Gardner and St. Louis County Prosecuting Attorney Wesley Bell and plans to continue those conversations.

“I know that there has been a lot of tension on this issue but I thought it was important to actually take action early and signal that this is a really important thing for our offices and part of the solution to really crack down on crime,” Schmitt said.

Schmitt’s plan for the initiative is that the prosecuting services will be available in both St. Louis City and St. Louis County where numerous violent crimes have occurred.

“We want to be part of the solution, we met with the chief and the mayor,” Schmitt said. “I think these partnerships can really move this region forward.”