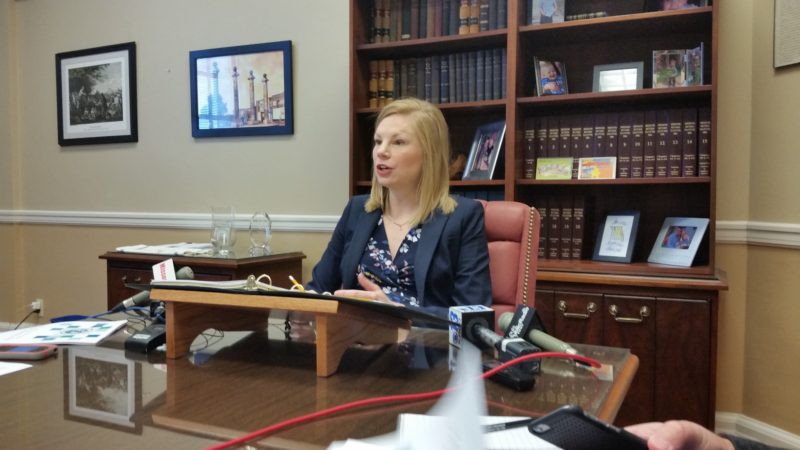 According to Galloway, more than $98,000 in missing funds and unsupported expenditures were found in her audit of the Kinloch Fire Protection District. The audit was initiated after the district failed to comply with a state law that sets requirements for when fire protection districts must obtain an audit.

“There must be zero tolerance for the misuse of taxpayer dollars for personal gain,” Auditor Galloway said in a statement. “This audit details the recent abuse of public funds in the Kinloch Fire Protection District, but just as importantly, provides recommendations to increase transparency, bolster accountability and prevent possible fraud in the future.”

The report detailed $72,484 in improper purchases and cash withdrawals from the district’s bank account by Former Board President Jayna Small and former Fire Chief Darren Small. An additional $25,705 in spending was not properly documented and could not be verified as appropriate. Financial records show the fire district did not maintain any documentation for 75 percent of the transactions occurring between January 2014 and March 2017.

The report also revealed $52,757 in cash and related banking fees were withdrawn from the district’s bank account through ATM withdrawals, cash back transactions, and checks. An additional $19,727 in questionable and inappropriate purchases that included tobacco and alcohol, washer and dryer installation and the payment of personal utility bills such as internet and telephone services were identified. The audit also noted that Jayna Small issued four checks totaling $6,200 to the former Fire Chief, Darren Small, and former fire captains, all of whom were volunteers. There is no documentation or explanation for the purpose of these payments, however, a memo on one of the checks noted the payment was for a bonus, which would be in violation of Missouri law.

The audit also questioned the Board of Director’s 2014 appointment of Jayna Small’s husband as Fire Chief, a decision concerning potential nepotism. The district could not provide meeting minutes documenting the appointment, making in unclear if the former board president recused herself from participating in discussions or voting for the appointment.

While the audit was underway, the U.S. Attorney’s Office filed criminal charges against Jayna and Darren Small. Both pleaded guilty and were ordered to repay $75,000 they had stolen from the district. Jayna Small was sentenced to probation while Darren Small was sentenced to eight months in prison. The recent events follow a 2013 incident in which a former fire chief pleaded guilty to felony charges involving his unauthorized use of more than $140,000 of district funds.

“Officials must work to restore the public’s trust. The recommendations in this audit can help forge a path forward,” Galloway said. “Fire protection services and the work of volunteer firefighters is vital to the safety of the community. Citizens who pay their taxes to support these efforts should know officials are taking every precaution to prevent fraud and abuse.”

To prevent future incidents, the report outlines ways to ensure appropriate checks and balances related to district funds. Recommendations include improving accounting processes by instituting better oversight of checks and creating a clear policy for use of the district’s debit card. The district should also prepare an annual budget and submit annually required financial reports.

The full report on Kinloch Fire Protection District, which received an overall rating of poor, can be found here.