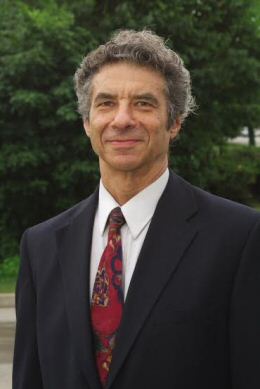 In our continued Clayton Conversations series, we had the chance to talk with one of the candidates for Missouri’s 2nd Congressional District.

Bill Hass, a Democrat, is seeking to defeat Republican Congresswoman Ann Wagner pending the results from the Aug. 7, 2018 primary.

Hass, isn’t new when it comes to political races. He previously ran for the 2nd District in 2008 but lost the general election against Todd Akin’s 62 percent of the vote.

Currently, Haas is serving as an elected official on the St. Louis School Board.

Haas: I’ve been chasing office for a long time and I wouldn’t do that if I didn’t think I had a contribution to make. What’s in it for me is the satisfaction and challenge of doing an important job well. I have never remembered a federal campaign start to jockey for a position this early, this is crazy — it’s been going on since the summer. I’ve won three times, and I’ve lost twice [and I get asked], ‘Why don’t you quit?’ Two reasons: if you would quit trying you must not have much confidence or care much about serving, and the other thing I said is that I think I have some gifts. It’s not all about going to Yale or Harvard law but I am smart and I find the middle-ground and I can think outside the box. Everybody always says I seem so sincere. Well, we all are but I wear my heart on my sleeve and I’m proud of that emotion.

Clayton Times: What separates you from the other Democrats running?

Haas: Well I’m the only one who has held elected office, I like all the other candidates. Kelli [Dunaway] is good and they all have compelling life stories, I have one too I’m sure. But I’d rather talk about issues and there’s nothing wrong about talking about your compelling story. I have my track record, over 20 years. My first month on the school board I introduced an LGBT non-harassment and nondiscrimination resolution. My first month on the board after chasing it for 16 years and the super attendant was really smart, and the media loved me — they don’t so much anymore, they think I’m a media ho. I don’t know how they get that idea.

Clayton Times: What’s the biggest challenge running as a candidate in the state of Missouri?

Haas: Missouri used to be purple. The 2nd District hasn’t had a Democrat in a long time. Peeling away one of out six of Ann Wagner’s votes will be challenging. But issues that appeal to the middle and moderates and independents [will be the toughest aspect]. What I said at my last appearance, ‘We don’t want to water down our progressive values.’ That’s not what I meant and the four issues at the last meeting of Missouri 2nd District for Change, they only had 100 people show up and I don’t know if they’re going to play a big role in the general election. They talked about healthcare, net neutrality, the environment and campaign finance. All are important issues but those won’t peel away one out of six of Ann’s voters. My issues for appealing to the center: farm animal welfare, city and county merger, and education. This country is going nowhere domestically unless you can get urban and rural reading scores in the third grade above 40 percent of grade level. That’s where your crime comes from, crime affects everybody whether you live in the 1st District, 2nd or the 3rd. I should be an expert on it after 20 years span on the St. Louis School Board.

Clayton Times: How would you rate U.S. Rep Ann Wagner’s time in office and how would you improve upon it?

Haas: It’s a pretty conservative Republican line that’s what conservative Republicans do. But you could still provide leadership on issues, where are you on education? That’s important to your district. Where are you on college funding for the children of your constituents? Where are you on these other ideas I proposed? The way I soundbite it is, she cares about sex and vets and not much else. She’s getting a lot of mileage out of the back page legislation to prohibit sex trafficking. So does Sen. Claire [McCaskill] so is Sen. Elizabeth Warren, or as Rush Limbaugh calls her Pocahontas Warren. I’ve called her that, she was pretty sure she was a Native American — that was not something to be proud of. She’s a little strident for me, but she’s good on the issues. Who wouldn’t be against sex trafficking? But that’s not enough.

Clayton Times: So are you saying Sen. Ann Wagner is picking up the easier issues?

Haas: Well, vets, yes but the rest of the country can go to hell in a hand basket. That’s not enough for a Congress person. There have been Congress people who look for middle-ground issues, even if they have to rock and roll with their own party to find the funding for to serve their constituents — issues such as college funding and that sort of thing. I don’t think she’s done much, it’s not just about party labels, it’s about what can you find to appeal constituents wherever they are in the spectrum. I often say [that] most of us share the same dreams for America. Conservatives and progressives sometimes have different ways of getting there but those are fair things to dialogue about.

Clayton Times: How would you rate President Donald Trump’s time in office?

Haas: I was at Yale with George W. Bush, I was in [John] Kerry’s class, I was two years behind [Joe] Lieberman, the former senator from Connecticut, who’s a horse’s ass as some people like him, ran as an independent when he lost the Democratic primary, that’s fair. I always rooted for [Bush] to succeed, he was my President too. The point is that I can root for a Republican president. For a guy who spent most of his life drinking, he did okay. Nobody would have asked to be president on 9/11, and he did okay on it.

I’m capable of rooting and complimenting a Republican, there’s not much to find about Trump to compliment. I saw him once on the David Letterman Show a long time ago, and for a guy with bad hair, I thought he did okay. He’s not very thoughtful, he’s awfully mean, he’s very impulsive, he’s got ADD or Tourette’s of the brain. He won by appealing to the very worst in people and making stuff up and one would have thought once he was elected, he’d do better. He hasn’t and it’s scary. Every so often he listens. He made some early appointments that were moderates and that was to be respected. He’s trying to grow on the job but he’s not doing very well at it.

Clayton Times: In your opinion, what action should be taken against North Korea if any?

Haas: The thing [Kim Jong-un] said, the applied threats he made when he said they were going to send missiles over Guam, they got [Trump’s attention], so it’s good to stand up to boys. But there are always some risks to it. I almost got into a fight at a bar when we invaded Iraq for the first time. Over the Kuwait oil wells, I’m not the smartest guy in the world always or the most informed but I knew if we went to war farmers from Iraq who were drafted were going to die buried alive in sand. That can’t be God’s plan, and that can’t be right. I started saying we went to war too early, we should have invited Saddam Hussein to the country club, play a round of golf with him, make him feel respected and say ‘You want some oil, we’ll get some oil but let’s not go to war over this.’.

Clayton Times: What’s your opinion about the situation in North Korea then?

Haas: I don’t have all the answers on North Korea. I’m a pretty tough guy sometimes, on one of my cards for one of my elections I had ‘Not Your Usual Democrat’. I have sometimes wondered whether dropping a nuke here or there might get somebody’s attention. There’s not a whole lot of support for that position.

Clayton Times: Do you believe dropping nuclear bombs is a good idea?

Haas: Well, I’ve sometimes asked myself if there would be a situation where if that would send a message that you proceed along the route you’re going like Iran with their nuclear program, or North Korea [you do so] at your own risk. I’m not president so I don’t have to make the decision. I think it’s okay to ask if [dropping a nuclear bomb] is constructive under some circumstances. Iran getting a nuclear bomb has some downsides, and North Korea using theirs has some downsides too. My point is, I’m not above being tough. I’m like Trump, I listen to my experts pretty good. All the experts say that first strike against North Korea will lead to a whole bunch of South Koreans dying, that we can’t stop and a lot of Americans too. There will be no first strike against North Korea in my administration. I am going to take Kim Jong-un to the country club say ‘Can’t we all just get along?’. If you’re really a whack job, you can’t do much.