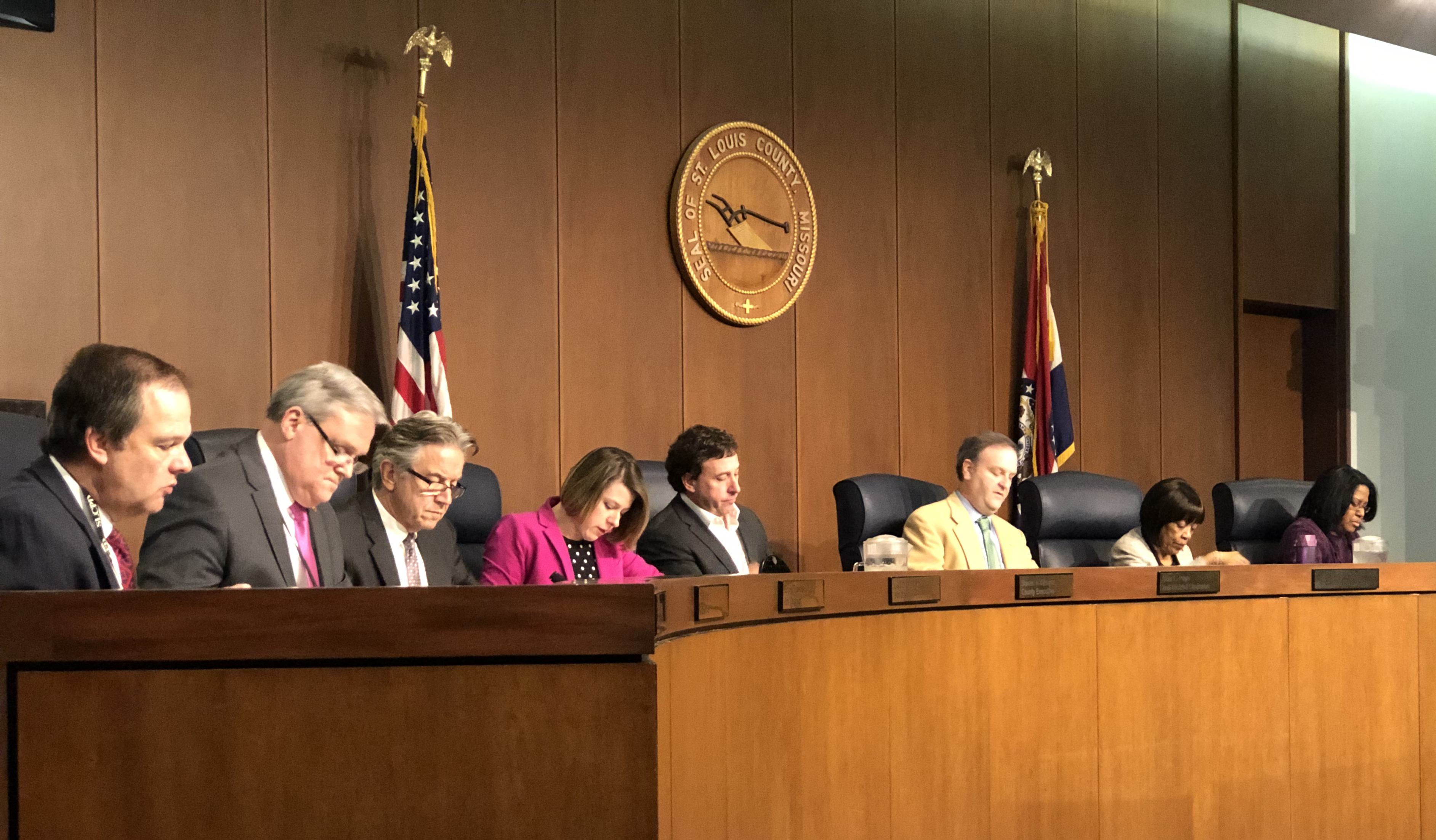 Up for final passage was Substitute Bill No. 1 for Bill No. 339, 2018 which was held at the previous meeting after the substitution bill was passed unanimously. The bill, which authorizes for pay wages to increase, was originally introduced by Council members Rochelle Walton Gray and Sam Page.

Upon roll call for passing the bill, Gray shared that she still had concerns with the wording of the bill, but did not want to hold up the workers anymore without the pay they deserve. Councilman Mark Harder shared is concerns as well and agreed with not wanting to hold up the pay raises.

“I believe they are well deserved but we need to do some more looking into this before we authorize the actual spending of the money,” he said.

Councilman Ernie Trakas also took a moment to speak before giving his vote, explaining the county’s restraints in its budget. He said that it is important for the public to know and understand that as time goes on, “it will be clearer.”

Trakas mentioned the $16 million surplus from 2018, which was talked about at last week’s meeting. As of Tuesday, that amount is close to $2 million, which is approximately what the pay raise appropriation would be, according to Trakas.

“There’s serious issues regarding what happened to that supplemental funding and the council is going to do some investigation today,” Trakas said. “The simple fact of the matter is…once the funds are appropriated, chances are, exceedingly likely, that we now are going to the red for this year and no longer have a balanced budget. That, just frankly from my end, is untenable.”

Trakas said he would vote yes to authorize the pay structures, but shared that by voting yes to the authorization it should not be an indicator to how he will vote on the final bill that will actually appropriate the funds.

“I think this needs to be looked at in a very serious way, not just to these raises but what’s going on in respect to the surplus funds from 2018,” he said. “Where they went, why they went there and whether or not those funds were in fact appropriated.”

Substitution Bill No. 1 for Bill No. 339 was passed by the council unanimously.

Also up for final passage was Bill No. 38, 2019, which was also introduced by Gray and Page.

The bill reads as follows:
An Ordinance – Appropriating and setting apart the sum of $910,853 from the unappropriated balance of the General Fund for support of business manager positions in the Department of Information Technology.