Edwards on Loop Trolley: Bringing neighborhoods together, ‘back to the future’ 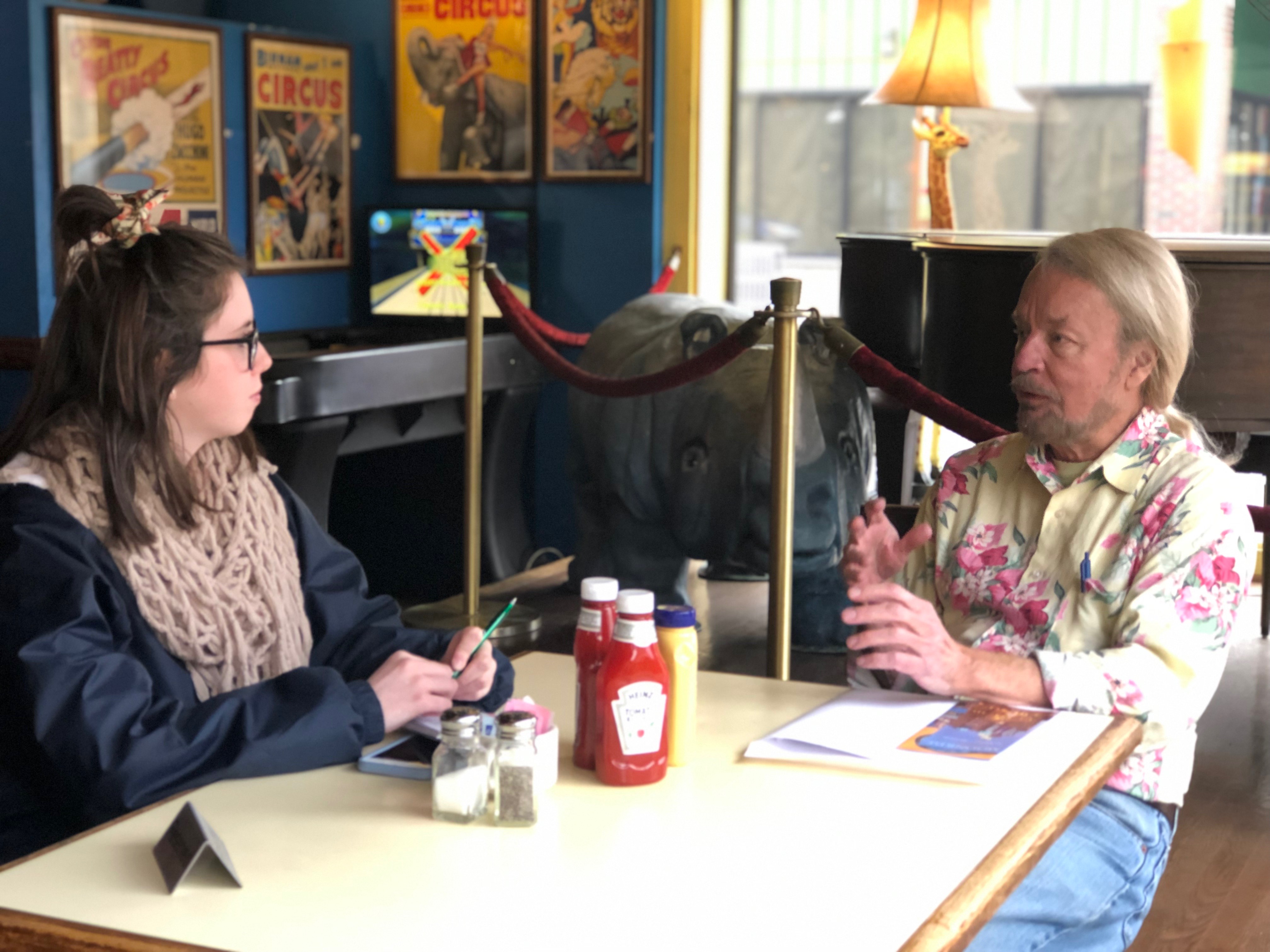 UNIVERSITY CITY, Mo. – The Loop Trolley is a starting point for St. Louis County and St. Louis City to join, where it is truly better together.

The Loop Trolley is a 2.2 fixed-track vintage trolley system that runs from the University City Library to the Missouri History Museum and back. The Trolley is operated by the Loop Trolley Company, a non-profit organization. Volunteers primarily work in the office, which is a small component of running the company at this time, and operators have finished or are completing their certification to drive the Trolley cars.

Originally planned to be completed in 2016, the project has gone through some delays but is now up and running with two cars, plus one going through final inspection.

“I look forward to just starting today, looking forward. It’s good to address the past delays and timelines, but where we are, as St. Louisans, we need to keep going forward from this day,” Joe Edwards, Delmar Loop businessman, said. “I am so excited that spring is about to happen, then summer and the ridership. The enjoyment factor is just going to go to the roof.”

The idea of the Trolley first began 21 years ago when people in the St. Louis region were trying to figure out how to get traffic down the divided street of Skinker Boulevard, which Edwards said was at one time “no man’s land.”

“That’s when I suggested bringing back [a] fixed-track, vintage trolley system,” Edwards said. “The reason it was important to have ‘vintage’ I think [was] to connect the 100-year-old aspect of Forest Park and The Loop.”

Edwards said The Loop built itself up around streetcars, but he wanted to use ‘trolley’ over ‘streetcars’ because with ‘streetcar’ people would think of a modern streamline, like MetroLink. Having the ‘trolley’ system would add to the century-plus-old area where the quality of design would be appreciated while adding to the neighborhood feel.

In addition to the vintage design in both the interior and exterior of the trolleys, it was important to Edwards that the Trolley have color combinations, keeping The Loop “loopish.”

Each Trolley has the unifying color of cream, but the primary color is different on each car. The first car, 001, is red; the next one, 002, is blue, and the third car which recently arrived, 003, is orange. Edwards said there are a total of five cars so far for The Trolley, 004 will be green and 005 will be Simpson’s sky blue, once they are fixed.

“Then those five together, the color palette is going to be great,” Edwards said. “That way, when you’re sitting at a sidewalk cafe you’ll think, ‘Oh, I wonder what the next car will be? Which color do I want to get on? It’s my birthday today, do I want a red one or an orange one?’ Just all those things that people can play with and have fun with. That’s what makes The Loop, The Loop.”

Edwards also noted the numbering system for The Trolleys, explaining that he wanted to start over because it is a new millennium.

“When it expands, hopefully someday it will, to Forest Park around to Clayton, pretty soon it will be 007 and there can be a big James Bond type of celebration,” Edwards said.

While he does not have the exact route decided, Edwards believes that expanding into Clayton would be very beneficial and meaningful for residents.

Edwards noted that many people, young and retirees, respect the environmentally clean aspect of clean public transit being available. Many people enjoy being in neighborhoods where they can get from one place to the next by public transportation. Edwards believes that through the expansion, the City of Clayton and businesses would be able to better retain more people.

“It’s really important to make [public transit] available to people in different cities, for our city, to keep growing and stature,” Edwards said. “Financially for the region, not just Forest Park and The Loop, this could be very meaningful.”

In terms of the Better Together initiative, Edwards said The Trolley means everything, it is one of those aspects where it is really ‘better together.’ Separating into St. Louis City and St. Louis County in the 1880s was a mistake, according to Edwards, because it allowed communities to separate and never be exposed to one another.

“The Better Together thing is just another sign of cooperation. It’s one of those innocuous but positive things,” Edwards said. “There’s no downside to The Loop Trolley or any trolley project that would expand. It’s ‘Back to the Future’ in a positive way.”

Having a love for St. Louis, and the Delmar Loop neighborhood, in particular, was a big kick start for Edwards to work in bringing the area back to life. He said, when starting projects, he likes to think it through to determine if it is valuable for the city. If the project is valuable, like The Loop Trolley, then he follows through with it.

The Loop Trolley project took 21 years and because of it more projects are underway. To continue the expansion of the trolley, it will take a lot of support from Federal Funding Transit, which is the only funding that went into the project to begin with.

“It was important to me to not have it come out of general revenue, whether it’s Clayton, St. Louis County, or U City or the City of St. Louis,” Edwards said. “It had to come from transit only money, and it did, and that’s impressive.”

At approximately $52 million, Edwards said maybe only $45-$46 million was solely for the Trolley. Within the Trolley Project, the members and volunteers of the project folded in other projects for scales of the economy, which saved taxpayers money.

Projects such as the roundabout, located on the western terminus and the old Wabash Train Station, were folded into the Trolley Project so that it could all be done by the same contractor at the same time to be very efficient for everyone involved.

“We’ve watched every dollar so carefully and gotten so much more out of our money,” Edwards said.

Riding in The Loop Trolley

James N. Gallagher III is a lifelong St. Louisan who was in the region for the first trolley and is now serving as an operator for the new trolley. In the 1960s, Gallagher shared that he would get sandwiches for the operators and bring back their change, by doing so he got to ride for free.

Trolley riders and Loop motorists and expect to hear loud horns coming from the Loop Trolleys when they are at the corner of Kingsland and Delmar. Operators said it is a dangerous intersection with multiple ways to enter and leave from, so they make sure to use the horns that way everyone is aware of their surroundings.

Riders are able to let operators know when they want to get off by pulling on the lines which are located about the handles. Pulling the string will allow for a ringing sound which will alert the operators that passengers are ready to get off at the next stop.

Gallagher said that all of the current operators for The Loop Trolley have previously worked for Metro. He said the difference with the Trolley and Metro is that the former is an operation in the head while the latter is an operation of the feet.