Esther Haywood: A woman worth honoring 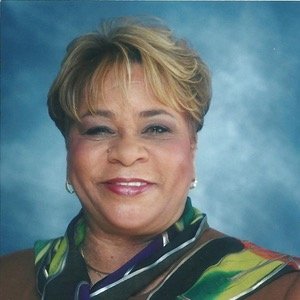 ST. LOUIS, Mo. – Friends of the NAACP St. Louis County Branch will be coming together for a reception in honor of Esther Haywood and president-elect John C.E. Gaskin, III.

The Honorable Esther Haywood will be recognized at the reception on Friday for her 35 years of service to the NAACP and the St. Louis region. Haywood is a lifetime member of NAACP. Under her leadership, the St. Louis County Branch experienced record-breaking success and membership.

“More than 100 leaders from the labor, business and civic community will come together to honor the 25 plus years of service that Esther Haywood has given to the NAACP in St. Louis County,” Gaskin said. “At this historic event, Haywood will officially be named President Emeritus of the St. Louis County NAACP.”

Prior to teaching math in East St. Louis Public School District 189 for 30 years, Haywood taught fourth grade in Marion, Ark., and in the Memphis Shelby County School District, where she was one of five African-American teachers to integrate into the public school district. Haywood also served for 18 years on the Normandy School District Board of Education.

Haywood spent 40 years being a civil rights and social justice advocate in her community. While serving in the Normandy School District, she worked to keep the District accredited and to recruit and retain quality teachers and administrators.

A former Democratic representative in the Missouri House of Representatives, Haywood was elected to represent part of the St. Louis County (D-71) in 2000 and served four terms.

Serving as a community leader, Haywood is a member of the Normandy Hospital Guild, a charter member of Alpha Kappa Alpha Sorority, Inc. and a member of the St. Louis Links, Forest Park Forever.

“I am humbled to walk in the footsteps of a true civil rights and social justice advocate,” Gaskin said. “I am excited to be sworn in by U.S Federal Judge Hon. Ronnie L. White alongside my colleagues.”

Haywood currently lives in St. Louis County and was married to her husband, Edward J. Haywood for 55 years. She is a longtime member of Murchison Tabernacle CME Church and has two daughters, six grandchildren and one great-grandchild.