Former student makes stop in St. Louis during bike trip across the U.S. to raise awareness on the educational system 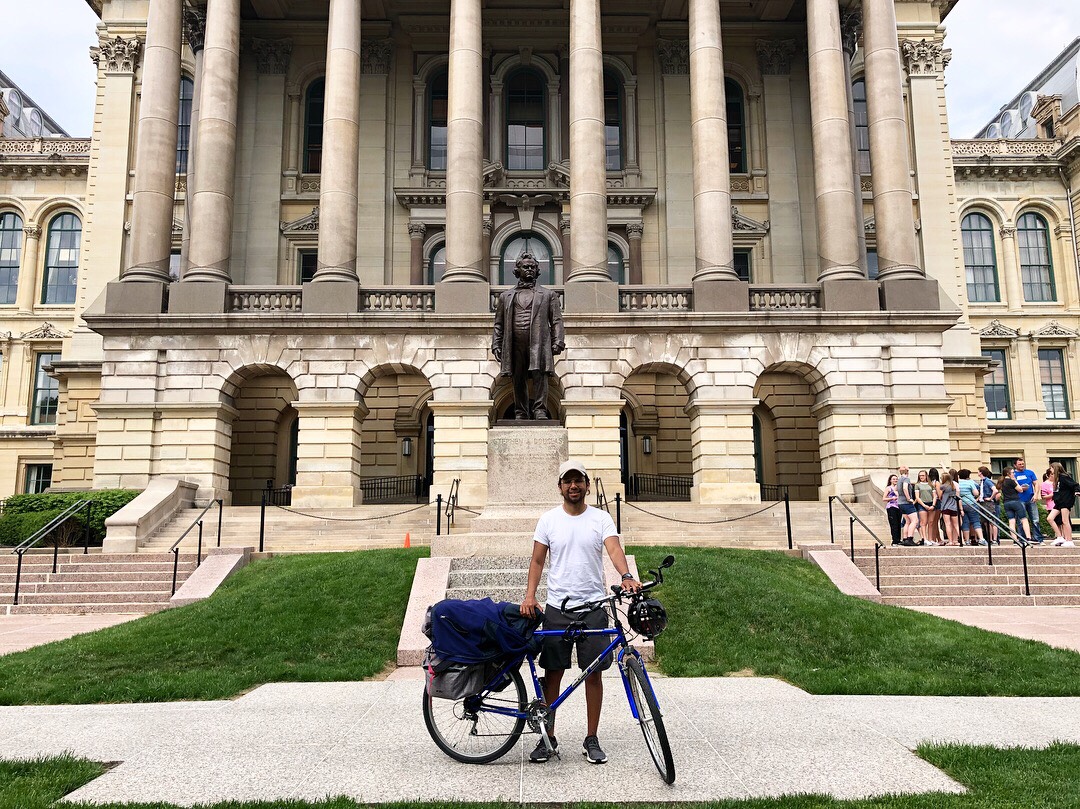 Adrian De La Vega is a man on a multi-mile mission.

Two weeks ago, the former student from Indiana University set off on a journey to raise awareness on the educational system with nothing more than a few personal items — and a bike.

De La Vega’s trek by way of bike will take him to all 48 state capitals on the U.S. mainland without any escort or shadow vehicle to accompany him. His latest venture brought him through St. Louis this week. 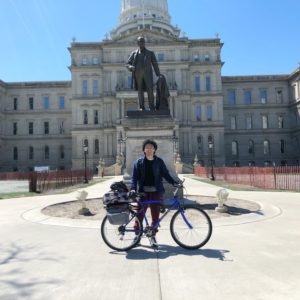 Originally from Goshen, Indiana, De La Vega attended Indiana University for a year after high school before he left and decided to take some time off. He eventually started his own company then decided he wanted to show the country the educational system in the U.S. needs to improve.

“I kind of saw that there was a lot of work to be done for millions of people who didn’t get the same opportunity as me to go to college or university, because from K-12 there’s no real foundation built so students can build off of when they leave high school,” De La Vega said.

De La Vega said his own experience as a college student opened his eyes as to just how much the process can set students back.

“When you get to college you can wind up with thousands of dollars in debt and leave university or college and not get that job in your field to pay off all that debt. So it was very frustrating to see that,” De La Vega said.

De La Vega started in Lansing, Michigan, then made stops in Indianapolis, Indiana, and Springfield, Illinois.

The 21-year-old arrived in St. Louis Sunday before beginning the next leg of his journey to Jefferson City, where he hopes to arrive Tuesday evening.

Each stop brings him closer to government officials who make the kinds of decisions that can ultimately reform or improve the educational system in the United State. However, De La Vega said the going has been tough when it comes to getting a meeting face-to-face with each state’s officials.

“I haven’t been able to do that because every time I go to a capitol or any location I’m only there for a day or two,” “Sometimes when I go try to go meet with someone there not there, which makes sense, because they’re so busy. But my hope is that if I keep trying I’ll be able to sit down with the right person.”

Following a brief stop at the Missouri State Capitol, De La Vega will be heading to Madison, Wisconsin. Once there, De La Vega said he will have to see if he’s getting enough traction or attention to keep going, and if the finances are there to support another leg of the trip.

Currently he has a GoFundMe page to help finance the trip. He also posts to social media every day so people can follow his journey and help out.

4,293 thoughts on “Former student makes stop in St. Louis during bike trip across the U.S. to raise awareness on the educational system”