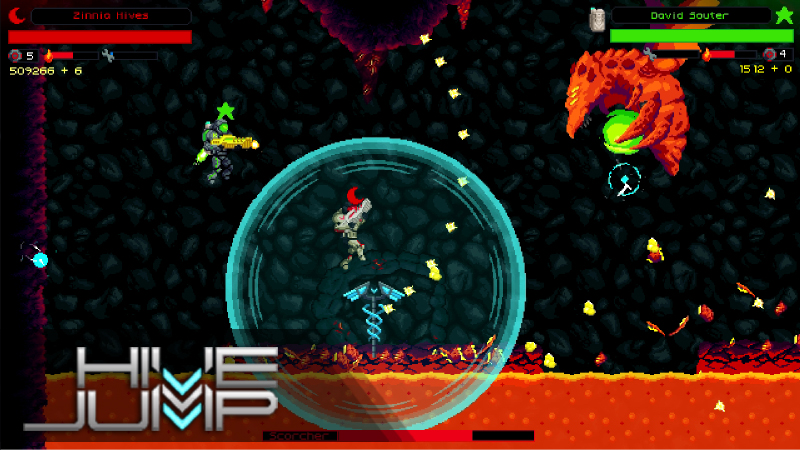 “Both Nintendo and Mircosoft have been incredibly committed to the indie game community,” Matt Raithel, owner and studio director of Graphite Lab said. “We are extremely excited they are welcoming Hive Jump to their platforms.

Graphite Lab, headquartered in St. Louis, was founded in 2009 and purchased by Raithel in 2015. The independent video game development studio has been producing titles alongside publishers including Cartoon Network, Disney, Hasbro and Konami. Graphite Lab has also created mobile apps for franchises including Mr. Potato Head, My Little Pony, Tonka and Transformers.

Hive Jump is the first original IP video game created by Graphite Lab and has been featured at several Nintendo events, including the internationally juried IndieCade and national gaming festival PAX. The sci-fi video game, expected to be released on January 11, 2019, will be available via digital distribution in North America as well as the European Union (EU).

According to a news release, Graphite Lab previously released Hive Jump on Steam and on Wii U™ as part of a Kickstarter campaign. The release stated that nearly 2,000 backers pledged over $60,000 to the campaign, which was completed in the fall of 2014.

“Thanks to the past strong player support for Hive Jump,” Raithel said. “We will be able to experience even further growth as we introduce our game to Nintendo Switch and Xbox One players.”

The run-and-gun 2D platformer is for one to four players who control space marines called Jumpers. Each player’s quest is to kill hive-dwelling aliens, avoid the labyrinth’s subterranean traps, collect powerful alien goo and defeat the hive queen in order to save the galaxy.

Raithel said the digital game will cost $9.99 on both platforms. More information can be found by visiting graphitelab.com or calling 314-735-4134.